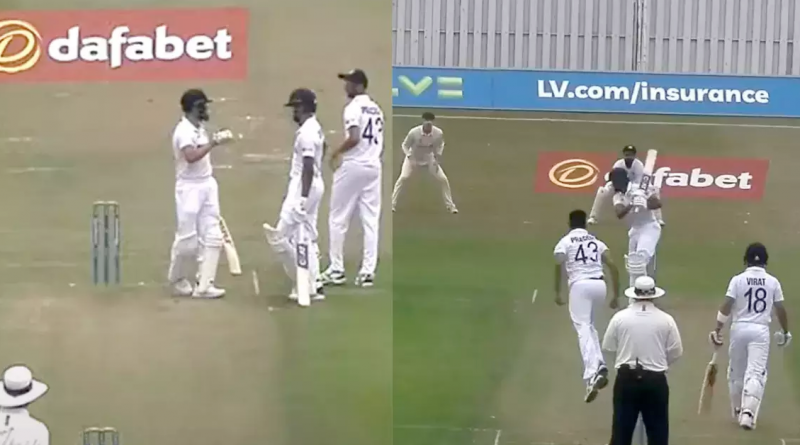 
Team India is playing Leicestershire in a warm-up game before the crucial one-off Test match against England. The visiting team is being led by Rohit Sharma in this match. Four players from the Indian camp are playing for Leicestershire as a way for the visitors to obtain red-ball practise before the Test match.

Jasprit Bumrah, Prasidh Krishna, Cheteshwar Pujara, and Rishabh Pant are playing for the home team, Leicesterhisre confirmed on the night of the match. Bumrah began bowling first for Leicestershire, and afterwards, Prasidh joined the attack.

From his first over, Prasidh made the ball talk and repeatedly swung the bat. The big pacer contributed with an important wicket as well, getting rid of Shreyas Iyer of the India team for a duck.

A wicket made in India as @prasidh43 gets his @BCCI caught behind. 🧤

It’s interesting to note that the bowler received advice from Kohli just before Iyer was dismissed. Iyer took part in the conversation as well.

Bumrah on the other hand didn’t quite get off to the start in the first session that he would have liked as he went for 20 runs in his 5 overs. He did not bowl even a single maiden over.

India In Trouble With Half Side Dismissed, Virat Kohli, Trying To Resurrect Innings

India’s opening session against Leicestershire was forgettable. Shubman Gill and Rohit Sharma had a strong opening stand, but India lost the first wicket when Will David had Gill caught by Rishabh for 21. After facing 46 balls, Rohit appeared to be on track for a huge score, but he fell short and was removed for 25.

Hanuma Vihari, the third batter to bat, was dismissed for just 3. Additionally, Ravindra Jadeja struggled to get going and was out for 13. With three wickets already under his belt, Roman Walker has emerged as Leicestershire’s top bowler.

Virat Kohli is in the middle of the action along with KS Bharat as they are looking to resurrect the innings.

Also Read: India vs Leicestershire: Watch – Rohit Sharma In Discomfort After Getting Hit By Jasprit Bumrah In Practice Match