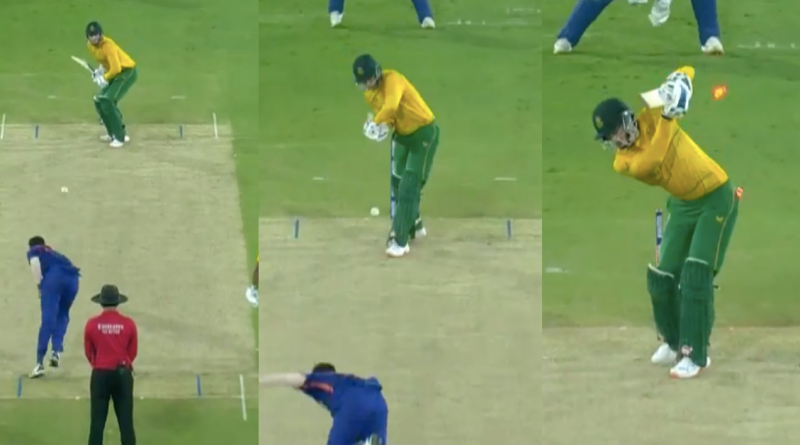 
India after having lost the first T20I in Delhi were under pressure coming into the 2nd T20I at Cuttack.

Rishabh Pant wasn’t the luckiest man after the toss as he lost his second consecutive toss. India were once again put to bat first.

But Ishan Kishan continued his good form. But once he was dismissed, India’s innings didn’t have the same momentum. The run rate dropped considerably. Despite Shreyas Iyer holding one end up, India kept losing wickets.

Once Shreyas got out, India were right on the back foot, at one point it looked as if they won’t even post 140, but Dinesh Karthik’s last over exploits took India to 148.

South Africa Too In Trouble In Their Pursuit

South Africa did not have the best of starts as Bhuvneshwar Kumar got the first breakthrough in the first over itself. He quickly got rid of Dwaine Pretorius as well.

In his 3rd over inside the powerplay, he also cleans bowled Rassie Van der Dussen.

The ball nipped back in off the back of a length, van der Dussen was anchored to the crease and played down the wrong line, the ball beat the inside edge and hit the top of the off-stump. RvD made a gesture as though it was a little low, but he didn’t move his feet at all. He was undone by a late inswing.