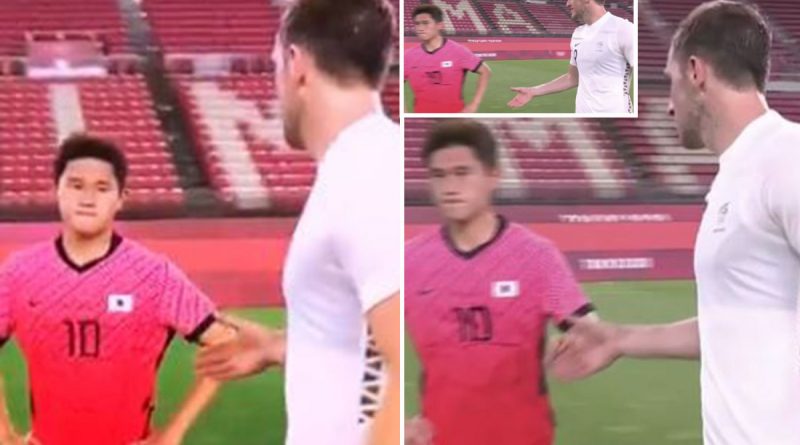 
BURNLEY striker Chris Wood was awkwardly snubbed after he went to shake hands at the end of New Zealand’s win over South Korea at Tokyo 2020.

The Olympic spirit was in short supply after Wood was left embarrassed by Lee Dong-gyeong’s snub.

Wood fired New Zealand to a 1-0 victory over South Korea in Japan in their opener.

And the Burnley striker’s attempt to shake hands with midfielder Dong-gyeong fell on deaf ears.

Wood was left surprised by the awkward snub and initially felt it was due to disappointment over the result.

He said: I’m sure they thought it was going to be an easy game against us and walk all over us, but we made it a lot harder than they would have expected.

“I’m sure he was just disappointed and there’s nothing too much to worry about. We move on.”

But the South Korean was simply following Covid protocols by avoiding “unnecessary contact”.

It was a historic success for New Zealand after securing their first men’s victory at the Olympics.

Wood said: “This is a huge one and to get a win on the international stage like this is massive.