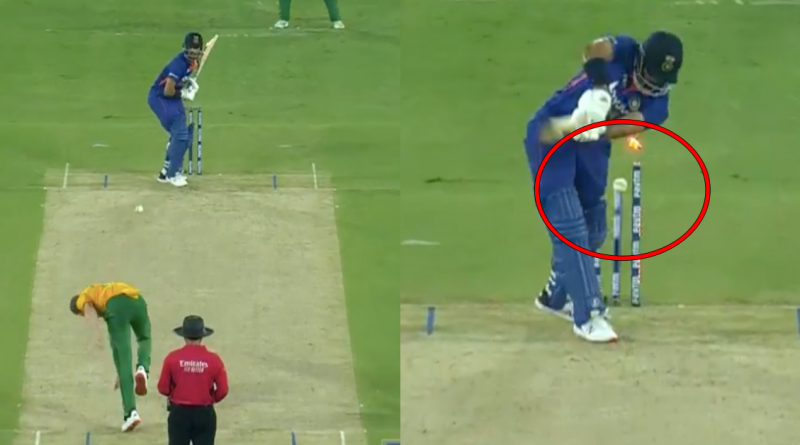 
After losing the opening game of the series in Delhi at the Arun Jaitley Stadium, the Indian team arrived in Cuttack.

Rishabh Pant lost the toss for the second consecutive time in the series. India was once again given the opportunity to bat first.

South Africa got off to a strong start this time, as Ruturaj Gaikwad was sent back in the first over. Ishan Kishan, on the other hand, kept up his strong form, scoring 34 runs off 21 balls before being removed by Anrich Nortje off a short delivery. Dinesh Karthik’s 30 off 21 balls helped India post 148 in 20 overs.

Rishabh Pant and Hardik Pandya though couldn’t score much as both were dismissed cheaply. Pant managed just 5 runs while Pandya was dismissed for just 9 runs. These two wickets put India right on the backfoot.

Shreyas Iyer was holding one end up but he too was dismissed. Iyer scored 40 runs off 35 balls. Once he was gone SA put a hold on runs. Axar Patel and Dinesh Karthik couldn’t get going.

In the slog overs, Patel was looking to accelerate but Anrich Nortje cleaned him up.

Axar attempted the flick shot and played all over the ball, the ball sneaked through the gap between bat and pad to flatten the middle stump. It was a nice and straight delivery from Nortje. Axar’s promotion did not come good at all.