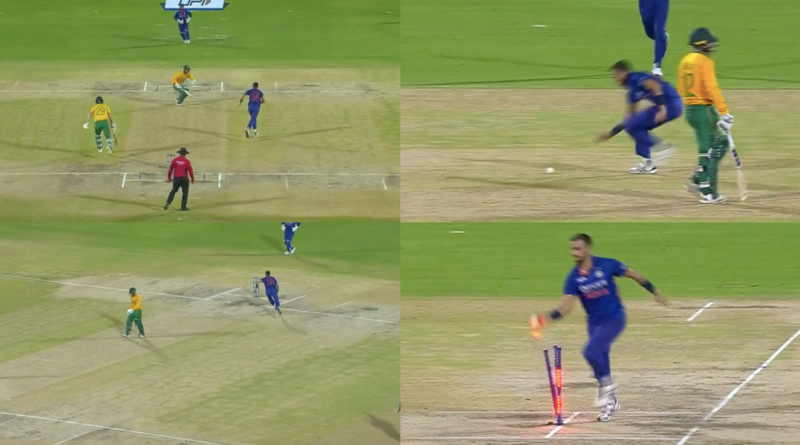 
The last five overs of India’s innings yielded 73 runs. However, India may have been 15-20 runs short. Unlike in previous games, India was rocked early and were three down in 6.1 overs. Rishabh Pant and Hardik steadied the innings with cautious batting until the skipper chased after a wide one once more. Karthik then walked out to the middle and took 4-5 balls to get going, but once he did, he was the enforcer in the 65-run partnership. He even scored his first T20I fifty, giving India a competitive total.

Earlier in the day, Pant lost his fourth toss in a row. Rishabh Pant’s luck with the toss has been dreadful in this series. India was once again given the opportunity to bat first.

Ngidi got rid of Ruturaj Gaikwad early, thus India didn’t get off to a good start. Shreyas Iyer was dismissed by Marco Jansen. Ishan Kishan, who tried to play a sly shot against Anrich Nortje after the powerplay, was also dismissed cheaply.

South Africa did not get the best of starts as they lost Temba Bavuma to an elbow injury and then pretty quickly Quinton de Kock too was dismissed. The pitch was a bit up and down and it was difficult to score. Quinton de Kock too found it tough. Hence in trying to steal a single he lost his wicket.

De Kock took a step out and was cramped by an in-angler, jammed the ball onto the pad and the ball rolled into the off-side; he checked for a single and Pretorius took off before backing out; de Kock was too far down and didn’t bother to return; Harshal collected the ball and ran towards the stumps to run de Kock out.

IND vs SA: Watch – A Terrible Mix Up Results In Quinton de Kock’s Run Out: