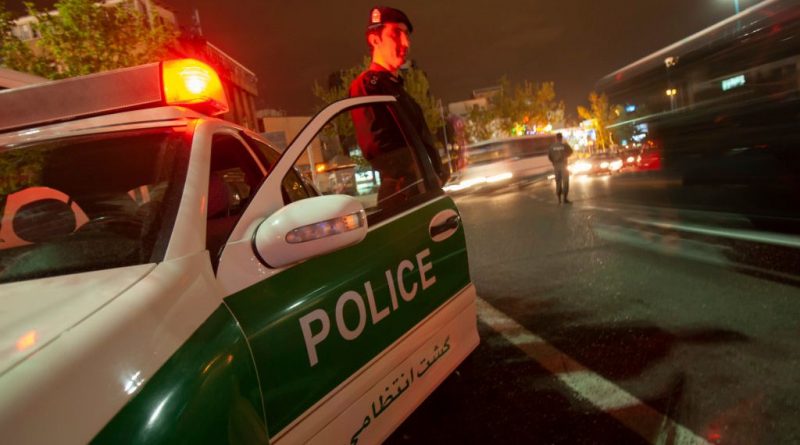 That’s because, for many Iranians, the so-called morality police are the most visible face of the regime’s suppression of women. The current mass protests began following the death of 22-year-old Kurdish-Iranian woman Mahsa Amini on Sept. 16 while in custody of the morality police, after being arrested for allegedly violating the country’s strict hijab rules.

The crackdown by Iran’s security forces has left at least 473 people dead, according to the Tehran-based Human Rights Activists News Agency.

Below, what to know about Montazeri’s comments and Iran’s morality police.

What has Montazeri said about the morality police?

Iran’s morality police has existed in various forms since the 1979 Islamic Revolution and is overseen by the interior ministry, rather than the judiciary, where Montazeri works.

Montazeri was asked in a press conference Saturday whether the “Gasht-e Ershad,” or morality police, would be disbanded. “Morality police have nothing to do with the judiciary. It was abolished from the same place it was launched. Of course, the judiciary will continue to monitor society’s behavior,” he reportedly said.

Montazeri’s comments came days after he reportedly said on Dec. 1 that Iran’s parliament is reviewing the legal requirement to wear hijab, according to a CNN article that cited the pro-reform Iranian outlet Entekhab.

But state-run TV channel Al-Alam said some had “tried to misinterpret” the attorney general’s comments, while Student News Network (SNN), a conservative news outlet, dismissed the headlines as false and stressed that observing hijab is “still a law in Iran.” BBC Persian has characterized Montazeri’s comments as “vague.”

No Iranian officials have confirmed the closure of the morality police.

How have Iranian activists responded?

Many activists and protesters say they feel frustrated by news reports that Iran abolished the morality police, and that it was a stunt by the government to distract protesters. “Too often, the regime narrative is given greater credence than those of protesters, and that bias has to change,” activist Masih Alinejad tells TIME.

An Iranian journalist and activist now based in Paris, Alinejad has become a prominent international voice for Iranian women protesting against the regime after launching the “White Wednesdays” movement in 2014. She says that news reports about the abolition of Iran’s morality police have circulated “many times in the past,” including before this year’s protests.

Read More: Iran Has a Long History of Political Activism and Protest

Hadi Ghaemi, executive director of New York-based Center for Human Rights in Iran, says that Iranian officials have so far made “confusing and ambiguous” statements. Ghaemi cited a press conference Sunday in Belgrade, Serbia where Iran’s foreign minister Hossein Amir Abdollahian was asked whether the morality police was disbanded. “In Iran, everything is moving forward well in the framework of democracy and freedom,” Abdollahian reportedly said.

“For the last two months, we haven’t had morality police on the streets anyway, since the protesters have disbanded them,” Ghaemi says.

Can Montezari’s comments be seen as a concession?

Ghaemi says that Montezari’s statement may have been to show that the government was listening to protesters and making concessions after months of unrest. With Wednesday being Iran’s National Student Day, which marks the anniversary of three Iranian students who were killed by state police in 1953, Ghaemi expects protests to continue unabated—with citizens even shutting down street markets in recent days to show their support for the protesters.

Alinejad reiterated that the protests would continue. On Twitter, she wrote that an amusement park in Tehran was closed Monday after a photo of a female employee without hijab went viral on social media and authorities opened a case against her. “All over the country, people are banding together to strike and protest against this regime,” she tweeted.

But the grievances of Iranians go “far beyond the hijab law,” Ghaemi says. “There’s no bandwidth for the regime to control the situation anymore.”