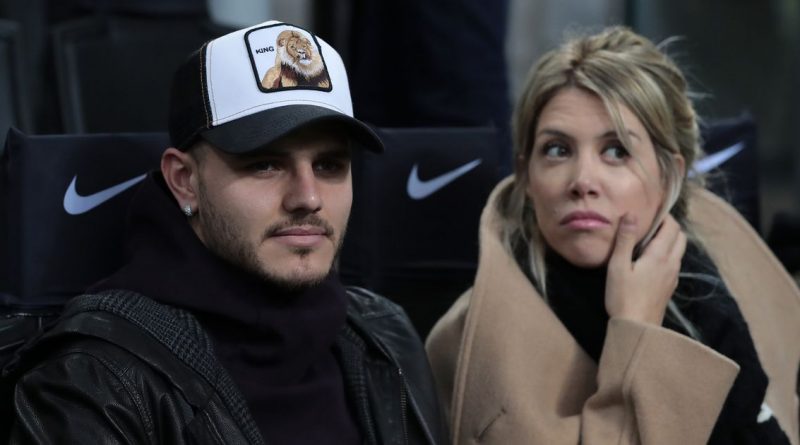 Wanda Nara, the wife of striker Mauro Icardi, has unfollowed the Paris Saint-Germain star on Instagram and posted a furious message.

The couple have been married for seven-and-a-half years but now appear to be having a row with Nara even deleting posts of them together.

Nara then posted a story on her Instagram account that appeared to be directly related to Icardi, although the message appears to be addressed to a woman.

The message, which has subsequently been deleted, said: “Another family that you have ruined for a s***.”

They infamously got together back in 2013 when Nara was married to Icardi’s former Sampdoria teammate Maxi Lopez, with whom she subsequently split up with after the fling was exposed.

Nara – an Argentine media personality – and Icardi married in May 2014, less than five months after divorce proceedings had been initiated between herself and Lopez.

Understandably, there was significant animosity between former teammates Lopez and Icardi, who had subsequently joined Inter, with the two refusing to shake hands in a Serie A match in April 2014 which became known as the “Wanda derby”.

The two strikers would once again refuse to shake hands the following year when Icardi’s Inter faced Torino, with whom Lopez had joined.

The nature of the story gained significant media traction in Italy and in Argentina, where Icardi, Lopez and Nara were all well-known figures.

Argentina’s most iconic citizen also weighed in on the debate; Diego Maradona was alleged to have called Icardi a “traitor” ahead of a charity match in 2016, as cited by La Gazzetta dello Sport.

Maradona is reported to have said: “I don’t talk about traitors.

“I’m here at the game of peace with children and Icardi doesn’t fit in here.”

Icardi then hit back at Maradona, as per ESPN : “His words have nothing to do with the game for peace. He’s just gone and made another mess, like he did last year.

“Each time he opens his mouth he just makes a mess. We’re talking about a person who cannot be an example to anybody.

“He was a great footballer, but I can’t respond to people who are outside of the game.”

Icardi joined Paris Saint-Germain from Inter in the summer of 2019, initially on a loan deal before making his move permanent a year ago.

The Argentine striker – who has not made an international appearance since 2018 – has scored 36 goals in 73 appearances for Les Parisiens.

Jose Mourinho opens up on “connection” with Newcastle amid manager links