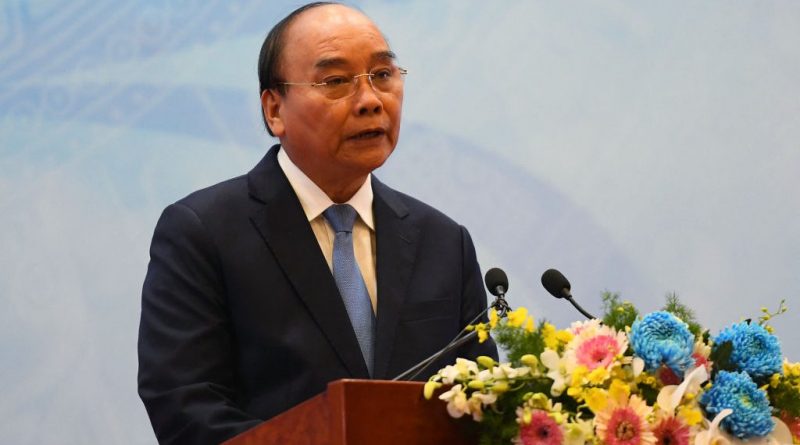 
Vietnam’s president stepped down and was ousted from the Communist Party’s top bodies in an unparalleled shakeup, as leader Nguyen Phu Trong’s anti-corruption purge casts an ever-widening net.

The party’s central committee approved Nguyen Xuan Phuc’s request to resign from all his positions, including member of the Politburo and president, according to a statement on the Communist Party’s website.

Phuc, 68, was elected president by the National Assembly in April 2021 after serving a five-year term as prime minister, the other one of Vietnam’s four most powerful positions.

As prime minister, Phuc had success leading the nation’s fight against Covid-19, according to the statement. Nonetheless, he takes political responsibility as a leader for violations and mistakes committed by other officials, including two deputy prime ministers and three ministers, and submitted his resignation letter.

Vice President Vo Thi Anh Xuan will become the acting president until the National Assembly votes in a new leader, according to the nation’s constitution.

The political upheaval in the one-party system known for political stability comes as Trong intensifies his drive to root out officials seen as corrupt or failing to prevent graft because of lax management or not properly vetting officials promoted to positions of influence, said Carl Thayer, emeritus professor at the University of New South Wales in Australia.

“The way it is being carried out in piecemeal — dragging it out — opens the question: ‘Will there be more?’” he said.

Although Vietnam’s presidency is largely ceremonial, for years Phuc served as the face of Vietnam to foreign investors and diplomats around the world. While overseeing one of the world’s fastest-growing economies and improving ties with the US, Phuc frequently met top executives and advocated for free trade during regular addresses to the World Economic Forum in Davos, Switzerland.

The political turbulence is sure to be jarring to some investors, who have helped the Southeast Asian country become one of the world’s fastest growing economies, Thayer said. Vietnam’s export-dependent economy has benefited from global companies such as Apple Inc. suppliers and Samsung Electronics Co. that are transforming the country into a manufacturing hub.

“It is creating uncertainty in Vietnam,” Thayer said. “Will the minister you are dealing with today be there tomorrow?”