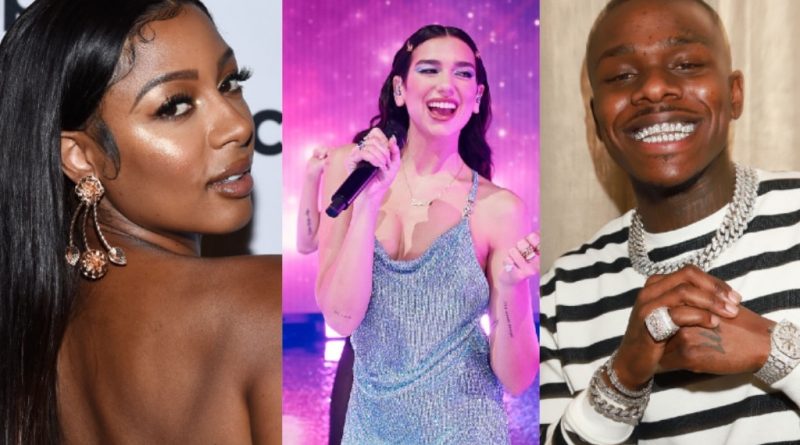 Victoria Monét has kindly offered to replace DaBaby on Dua Lipa’s “Levitating” remix, and we are absolutely here for it.

The remix of Dua Lipa’s hit song is leaving a sour taste in queer fans’ mouths after DaBaby launched a shocking homophobic tirade at the Rolling Loud festival in Miami on Sunday night (25 July).

The rapper bizarrely claimed that HIV can kill a person within two or three weeks and made incendiary comments about fans “sucking d**k” in the parking lot.

Dua Lipa spoke out on Tuesday (27 July), saying she was “surprised and horrified” by DaBaby’s comments. “I really don’t recognise this as the person I worked with. I know my fans know where my heart lies and that I stand 100 per cent with the LGBTQ community,” she wrote on Instagram.

Shortly afterwards, Victoria Monét decided to extend a helping hand to the gays, offering to step in and record a new version of “Levitating” with Dua Lipa – and to say fans are here for it would be an understatement.

If she would like to replace DaBaby’s verse on levitating I’m totally available https://t.co/UNVhH0gDEU

Then it’ll go #1 this time pic.twitter.com/CbHyTJC5Uq

Replacing a homophobic artist with a queer one on Levitating? Let’s go ahead and make that into reality pic.twitter.com/VKCHyEGeq2

LGBT+ Dua Lipa fans will be waiting with baited breath for a new version of “Levitating” after DaBaby doubled down on his homophobic comments on his Instagram Stories.

Instead of apologising for his comments, DaBaby suggested the backlash against his Rolling Loud performance was a “weak ass internet issue”.

He continued: “I say if you don’t suck d**k in a parking lot put your cellphone light up, you know what my gay fans did? They put their motherf**king light up… cause my gay fans, they ain’t going for that, they got class.”

DaBaby’s comments have been condemned by the Terrence Higgins Trust, a UK-based HIV charity.

“It’s wrong for people living with HIV to be made to feel lesser or excluded because of their diagnosis – it should be unacceptable in the music industry and in society at large.

“Comments like DaBaby’s perpetuate HIV-related stigma and discrimination, as well as spreading misinformation about HIV. You can now live a long, healthy life with HIV thanks to medical progress when you’re diagnosed and accessing treatment.”