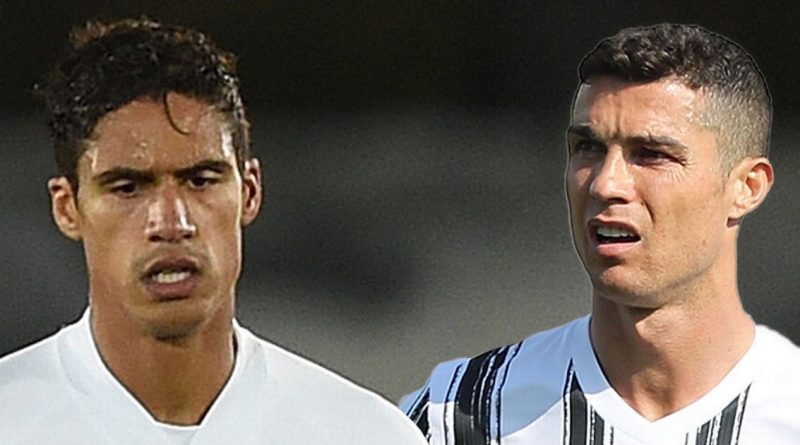 
At face value, Raphael Varane is shy, but he goes about his job with a steely determination that has seen him keep his place in the starting XI of one of the most competitive clubs on the planet

Manchester United fans may not know a whole lot about Raphael Varane other than he’s a superstar centre-back with a World Cup and four Champions League trophies to his name.

At face value, the defender is shy, even by his own admission, but goes about his job with a steely determination that has seen him keep his place in the starting XI of one of the most competitive clubs on the planet.

However, the defender also has a mean streak, something every top professional needs, and he’s not afraid to make himself heard when the situation calls for it – a trait Manchester United should benefit from greatly.

Back when he first broke into the squad at Real Madrid, the defender was taking part in a Rondo with his teammates.

Raphael Varane is set to sign for Manchester United
(

Cristiano Ronaldo was centre-stage, at the height of his pomp, and, as recalled in Onze Mondial, shouted to the Frenchman: “Varane, go in the middle”.

Without skipping a beat, the young defender bit back: “I’m not Varane, I’m Rapha”.

The snappy remark could have been considered disrespectful to some, with Ronaldo an established member of the first team and Varane a mere apprentice.

But the Frenchman explained it wasn’t an act of defiance against the five-time Ballon d’Or winner, rather a chance to show his Real Madrid teammates he has the character of a champion.

Varane explained: “It was not disrespectful. I am super nice, I am great, even in the dressing room. I am also quite shy.

“But when there are difficult times or when you have to show your character, you can count on me. The players who have known me for a while know this.

Manchester United confirmed last week they have agreed on personal terms with Varane ahead of a £45million move.

The transfer hit something of a roadblock with problems over the Frenchman getting a Visa, but these issues are all believed to be ironed out now and Varane is flying to Manchester this Thursday.

The 28-year-old is required to quarantine for 10 days upon arrival in the UK and will then be able to complete his United medical before putting pen to paper on a contract.