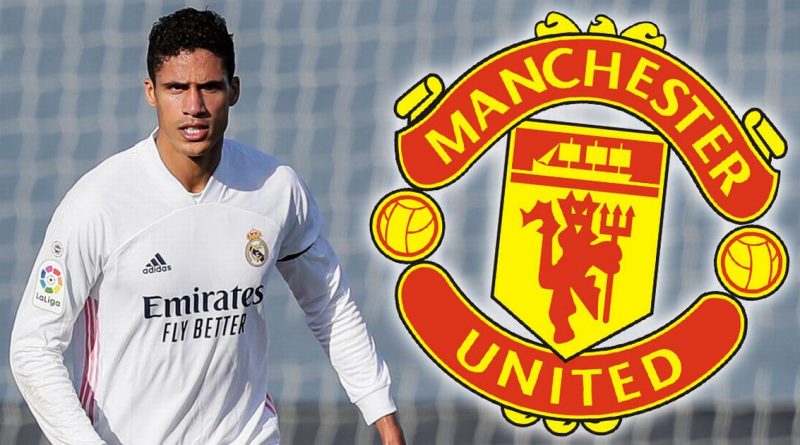 Manchester United are reportedly on the verge of completing the signing of Raphael Varane from Real Madrid.

The Old Trafford club have been locked in talks over the past week, looking to come to an agreement with the La Liga side for the French defender.

And The Athletic claims that United are ‘finalising’ a deal for the experienced centre-half after the Spanish outfit accepted an offer from the Red Devils.

Varane is set to be Ole Gunnar Solskjaer’s second signing of the season following the arrival of Jadon Sancho from Borussia Dortmund on Friday in a £73million deal.

And it looks to be a real statement of intent ahead of the new Premier League season as United find a playing partner for Harry Maguire to anchor the United defence.

Here are all the details you need to know about Varane’s transfer from Real Madrid to Man Utd.

Will Raphael Varane and Jadon Sancho fire Manchester United to the Premier League title this season? Comment below

Real Madrid have accepted a £35m offer plus add-ons from United for Varane after weeks of discussions as the 28-year-old made it clear he wanted to leave the Bernabeu this summer to seek a new challenge.

Carlo Ancelotti’s men did not want Varane to walk for free next summer when his deal was set to run out as they were in desperate need of funds due to the financial implications of the pandemic.

United’s payments will be spread out over a number of years.

Varane accepted personal terms from United before the clubs came to an agreement over a fee.

It’s been widely reported that Solskjaer’s men offered him “astronomical” wages to prize him away from Spain’s capital.

And although his exact salary has not been revealed, it has been confirmed that Varane will sign a four-year deal, with an option of a fifth year, meaning that the defender will be at Old Trafford for the long haul.

Although the total fee amounts tp £35m plus add-ons, United will only have to £34m of it as Madrid have to make up the remaining £1m due to FIFA’s transfer rules.

The Spanish side will have to make solidarity payments to Varane’s “training clubs” (teams he played for from the age of 12).

All that’s left now is for Varane to complete his medical before the transfer can be made official.

However, when will that will go ahead is unclear due to quarantine restrictions.

Varane is currently in Spain after reporting for pre-season at Madrid’s training base in Valdebebas on Friday.