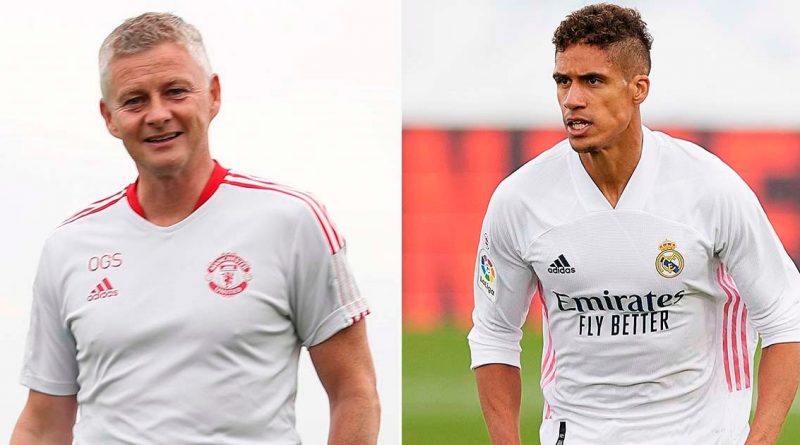 Raphael Varane is likely to miss out on his ideal squad number at Manchester United after Ole Gunnar Solskjaer’s decision on Phil Jones’ future.

Varane, 28, will bolster the defensive ranks at Old Trafford after the Red Devils agreed a fee in the region of £40million to sign him from Real Madrid pending a medical.

The Frenchman is set to partner Harry Maguire at centre-back, with Eric Bailly and Victor Lindelof serving as back-up options.

But Solskjaer has also been boosted by the recovery of forgotten man Jones, 29, who is stepping up his rehabilitation from a serious knee injury sustained last summer.

Varane has worn the No.4 shirt for France for nearly 10 years
(

The former England international has been plagued by injuries throughout his time with United and his latest long-term blow appeared to threaten his future with the club.

But Solskjaer’s latest comments hint Jones remains a part of his plans going forward, perhaps as the club’s fifth-choice centre-back as Axel Tuanzebe nears an exit.

This comes as bad news for new boy Varane, who would leap at the chance to wear the No.4 jersey currently taken by Jones.

The World Cup winner wears four for France but it would take a ruthless decision by Solskjaer to strip Jones of the squad number he has occupied since arriving at Old Trafford from Blackburn Rovers a decade ago.

The Red Devils boss mentioned Jones in his plans for the fast-approaching Premier League season after a 2-2 pre-season friendly draw against Brentford on Wednesday night.

“Of course, with Raphael coming in, I can see Axel going out [on loan], because I have Varane, Maguire, Lindelof and Eric Bailly and Phil Jones is coming back in,” said Solskjaer.


Turning his attention to Jones specifically, Solskjaer added: “He is due to start training over the weekend when we’ve got everyone in on Monday, which is a big plus for him.

“I’ve had similar troubles in my career. He’s such a professional, good lad, and it’s great to see him ready to train again and hopefully he can first of all train with us and then hopefully get game time soon.

“If he can play in the Under-23s to start with, or we can arrange something behind closed doors for him, because I know exactly the feeling [of] being out for so long. You just want to feel your way in.

“He’s always served the club, but it was time for him to look after himself and his own health, but now he’s ready to train with us.”

Jones remains under contract at United until 2023, so Varane may need to wait some time to get his hands on the coveted No.4 strip.