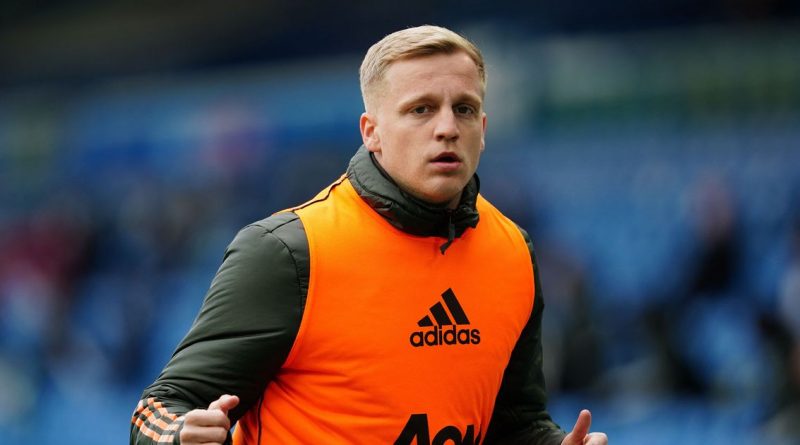 Much was made of the lack of minutes handed to the former Ajax man last term, following his £40m move to Old Trafford.

Van de Beek, who scored on his debut, started just four times in the Premier League last season with opportunities at a premium.

The 24-year-old plays in a similar role to star man Bruno Fernandes, which has hampered his involvement.

He is capable of playing in other attacking positions but the arrival of Ronaldo – and Jadon Sancho earlier in the summer – could have a negative impact.

Van de Beek’s agent, Guido Albers, is still confident that his player will be given chances to impress at United following conversations with Ole Gunnar Solskjaer.

Discussions were held over a late move to Everton, but the Red Devils were adamant the Dutchman was staying put.

Albers told Ziggo Sport : “Cristiano arrived on Friday which we knew was bad news for us. Pogba plays on the left, and with Cristiano’s arrival it means another extra player in midfield, with Pogba moving away from the left.

“We had conversations with Solskjær and the board. We took the initiative to find a club and our search ended up at Everton. We opened talks with Marcel Brands and Farhad Moshiri.

“On Monday night [before deadline day] we received a call from Solskjær and the club who told us that a transfer was out of question and that he had to report himself to training the next morning.

“The perspective now is that we stated that Donny is not a Carabao Cup player, or FA Cup player, or to play only in European games. Donny went to England to play in the Premier League.

“The way the conversation went this time [with Solskjær] compared to last summer… things are much more clear now. I have full expectations that Donny will get his chance now.

“Donny worked extremely hard in the summer. He only had seven days off. The rest of the summer he trained to become top fit. He is totally ready.”

Van de Beek has been an unused substitute in each of United’s three league games thus far.

Ronaldo is fully expected to make his debut in their next game with Newcastle at Old Trafford on September 11.

Marcus Rashford remains sidelined through injury but when fit will be another obstacle that Van de Beek needs to overcome if he is to establish himself in the starting XI.