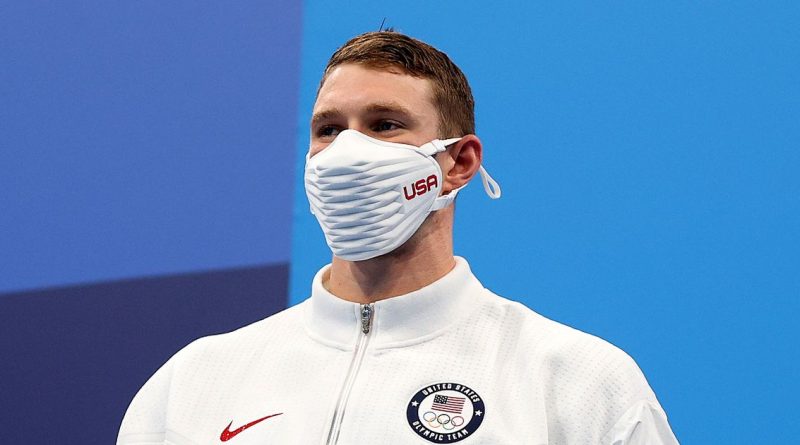 Swimming has been plunged into controversy at the Tokyo 2020 Olympics as US athlete Ryan Murphy said that his 200m backstroke final race was “probably not clean.”

Murphy had to settle for second place in the event he won at Rio 2016 after Russian swimmer Evgeny Rylov won the race.

In comments after the conclusion of the race, Murphy said that he had “about 15 thoughts,” but “13 of which would get me into trouble”.

He added: “It is a huge mental drain on me throughout the year to know that I am swimming in a race that is probably not clean.”

In a press conference later on, Murphy sat alongside British bronze medalist Luke Greenbank and Rylov himself.

The 26-year-old sought to clarify his earlier comments but made no attempt to hide his opinion that doping is likely prevalent in the sport.

Responding to a question about whether or not he believed the final was clean, Murphy said: “You can’t answer that question with 100 percent certainty. I don’t know if it was 100% clean and that is because of things that have happened over the past.

“At the end of the day, I do believe there is doping in swimming. That is what it is.”

Murphy continued to explain that his concerns had been made worse by a meeting with Fina executive director Brent Nowicki – the federation that is recognised by the International Olympic Committee for administering international competitions in water sports.

In recent years, Fina has been blighted by accusations of corruption.

Murphy said: “I met the new Fina executive director, Mr Nowicki, at Olympic trials. We were talking about Fina and things they want to do to help push the sport forward.

“He was asking me for my take and I was like, ‘OK, I think Fina needs to be a little more transparent, both on the financial side and the drug testing side’.

“And what he said was, ‘OK we are working on it – it’s going to be hard and it’s going to take a long time to clear this sport of doping’. When you hear that from the top, that’s tough to hear.”

Englishman Greenbank echoed a lot of Murphy’s thoughts when asked if he agreed, and expressed particular concern about the involvement of the Russian Olympic Committee (ROC) at the games.

Greenbank said: “It’s obviously a very difficult situation not knowing whether who you are racing against is clean.

“It is something that is part of sports and the board needs to tackle that. It’s a frustrating situation. I just need to keep my mind on the race and control what I can control.

“I can’t really speak on Ryan’s behalf. Obviously, there’s a lot of media around the Russian federation coming into the Olympics.

“Obviously it’s frustrating seeing that as an athlete, having known that there is a state-sponsored doping programme going on and more could be done to tackle that.”

Importantly, both Murphy and Greenbank stopped short of directly implicating Rylov in their accusations about cheating.

In an extraordinary turn of events, the Russian was directly asked at the press conference whether or not he was clean.

Rylov responded: “I have always been for clean competition. I am always tested. I will fill out all of the forms.

“From the bottom of my heart, I am for clean sport. I am devoting my whole life to this sport. I don’t even know how to react to that.

There was considerable controversy around the decision to allow Russian athletes to compete in Tokyo under the ROC banner.

That call was made late last year as Russia’s appeal against sanctions handed out by the World Anti-Doping Agency (WADA) was partially upheld.

This is not the first time the issue has reared its ugly head at Tokyo 2020.

On Wednesday, tennis star Daniil Medvedev argued with a journalist who suggested that there was a stigma of cheating attached to Russian athletes at the games.

Medvedev responded furiously: “You should be embarrassed of yourself. I think you should wire him from the Olympics, I don’t wanna see him again.”

Asked about the potential existence of an objection to the Russian Olympic Committee, Murphy was at pains at the conference to make clear that he didn’t necessarily object to Russian athletes’ participation.

He insisted that he was more pressed by the absence of action on the more general subject of doping in swimming and beyond, and the subsequent lack of clarity for clean athletes who compete.

He said: “I don’t have an objection. In my quote (from the mixed zone), I said there are people that know a lot more about this situation than I do.

“I’m training to be the absolute best athlete I can be, and so I don’t have time to get involved in this situation. But there is a situation. And that’s a problem.”

In a bizarre response, the ROC Twitter account snapped back at any accusations of unfair play. The tweet included a picture of Greenbank and other athletes who had implied Russian wrongdoing, and read: “How unnerving our victories are for [some].

“Yes, we are here at the Olympics. Absolutely right. Whether people like it or not. But you have to be able to lose. But not everyone is given this. The old hurdy-gurdy has again started up the song about Russian doping. Someone is twisting the handle carefully.”