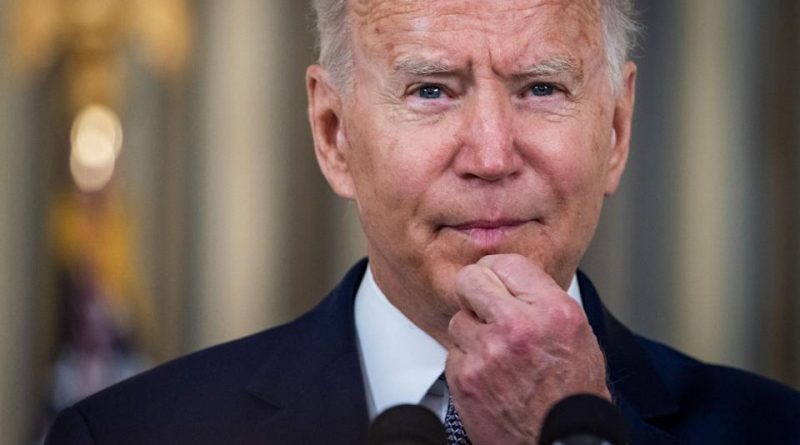 The Democrat is faced with an inflation rate of 7pc, the highest since June 1982, when Ronald Reagan was president, sapping his approval ratings as he approaches the first anniversary of his inauguration.

Soaring food bills have already pushed Mr Biden into launching a crackdown on large US meatpackers, which he blamed for pushing up the cost of beef and poultry.

December’s rise in the Consumer Price Index was driven by a 29pc surge in energy costs over the previous year and a 6.3pc jump in food prices, setting the stage for rate rises from the Federal Reserve.

The central bank cut interest rates to zero at the beginning of the pandemic, but Jerome Powell, its chairman, told senators this week that soaring inflation now posed a “severe threat” to its employment targets.

Even stripping out more volatile food and energy costs, inflation hit 5.5pc in December, the fastest rate since 1991 and a sign that higher prices are becoming more entrenched.

Paul Ashworth, chief US economist at Capital Economics, said the figures were “every bit as bad as we expected”.

“We expect the Fed to begin hiking interest rates in March, with a total of four 25bp hikes this year and another four in 2023,” he added.

Unemployment has also dropped back below 4pc and wage pressures are building in response to the rise in inflation, prompting debate among rate-setters over when to begin shrinking the Fed’s balance sheet.

Christoph Balz, senior economist at Commerzbank, said: “The increasingly tight labour market is also increasing the risks to price stability. It is not compatible with the still unchanged low key interest rates and the continued expansionary monetary policy. The Fed must, and will, take countermeasures soon.”

Jamie Dimon, chief executive of JP Morgan, said this week there was “huge pressure” on the US labour market for the first time in his life. “The price of labour’s going up, we’re going to have to deal with it.”

However, that was not as bad as other potential economic scenarios, he told Fox Business. “It’s much worse to complain about 15pc unemployment and a recession than it is to complain about wages going up too fast.”

Global supply chains are also being disrupted by China’s zero-Covid policy, with the emergence of the omicron variant threatening to draw out the pain.

The dire inflation figures follow a survey from the National Federation of Independent Business showing the share of companies raising prices at the highest for 40 years.

The proportion of firms expecting to raise their prices even further in the next three months is also at a record high.