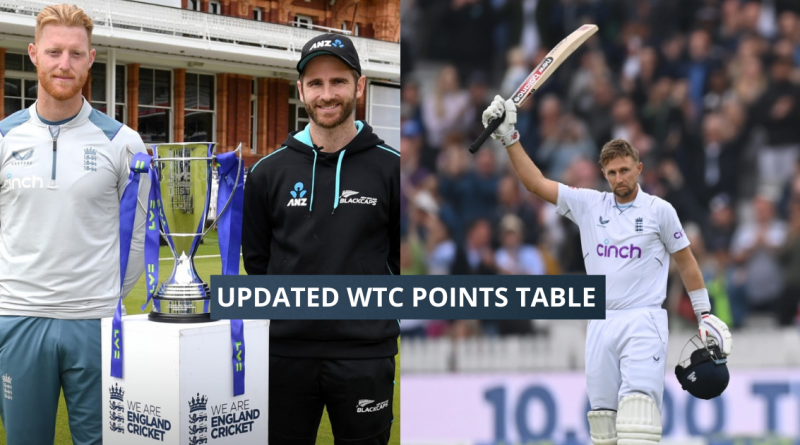 
England won the first Test match against New Zealand at Lords on Sunday by 5 wickets. The match saw a lot of twists and turns as it moved rather quickly. NZ after having opted to bat first were dismissed for just 132 in their first innings. But they fought their way back into the game as they dismissed England for just 141.

But NZ were put on the back foot once again as they lost 4 quick wickets in their 2nd innings. It was Daryl Mitchell and Tom Blundell who brought NZ back in the game as they added more than 190 runs for the 6th wicket.

But Eng once again clawed their way back into the game as they bowled out NZ for less than 300. NZ seamers did well to dismiss 4 of England’s top order batters in the 4th innings, but Ben Stokes and Joe Root stabilised the innings and later a 100+ partnership between Root and Ben Foakes sealed the match for England. Root scored a brilliant century and in the process also completed 10,000 Test runs.

This is England’s first victory under the new leadership of Ben Stokes and Brendon McCullum.

As far as the WTC points table is concerned, England despite this win is languishing in the bottom half of the table. They have only 30 points from 13 matches. This is only their 2nd win in this cycle of the WTC. They have a PCT of 19.23.

While as far as the current World Test Champions are concerned, they are more or less out of contention for a place in the finals this time around as this is their 4th loss in this WTC cycle. NZ have a PCT of 33.33

Also Read: Nobody Gives Me A Chance To Explain My Plan Regarding My T20- Tamim Iqbal On His Future