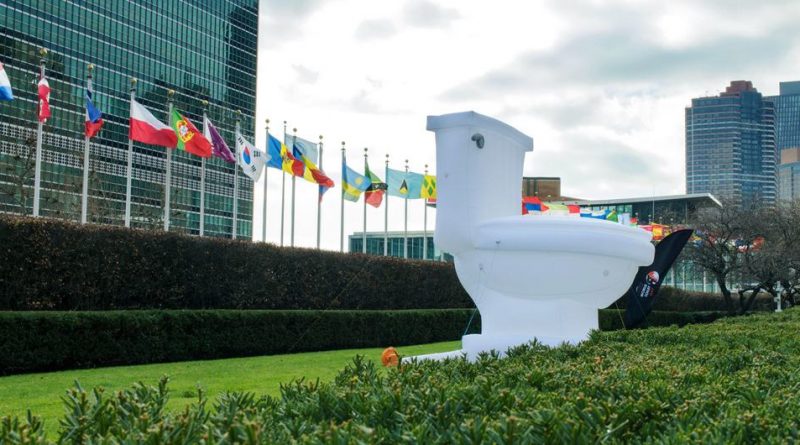 
“SDG 6.2 is about ending open defecation and providing access to safe sanitation and hygiene, and it is the furthest off-track of all the SDGs, and furthest in terms of underfunding,” said Ann Thomas, Team Leader, Sanitation and Hygiene, WASH Programme Division, UNICEF, at a UN Headquarters press conference on Thursday.

In a 2020 estimate, 3.6 billion people lacked safely managed sanitation services. The rate of sanitation coverage increase would need to quadruple to achieve universal access to safely managed services by 2030, Ms. Thomas said, describing the situation as “a sanitation crisis”, especially for women and children.

Through the Game Plan to Reach Safety Managed Sanitation 2022-2030, UNICEF will support 1 billion people gain access to safely managed sanitation, through direct and indirect support, in collaboration with partners.

Also speaking at the press conference, Johannes Cullmann, Vice Chair of UN-Water, the world body’s inter-agency coordination mechanism for water issues, described poor sanitation as “not a technological problem but a ‘political will’ problem”, stressing that technologies exist, and governments must invest in sanitation.

The whole discussion on sanitation has been a “taboo” and “invisible”, both speakers pointed out, emphasizing the need to make it more prominent with politicians to ensure everyone has access to proper sanitation.

These topics will be discussed at the UN-Water Summit on Groundwater in Paris from 7 to 8 December, and at the UN 2023 Water Conference from 22 to 24 March.

On the same day, UNICEF will convene an event, titled Accelerating Sanitation Towards 2030 with speakers to discuss key sanitation and water issues in light of the upcoming UN 2023 Water Conference.