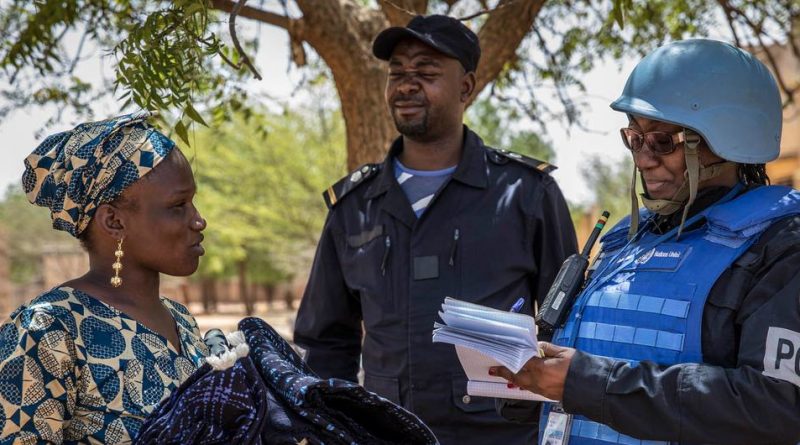 
He outlined some of the greatest challenges to global peace, security and development, which include expanding conflicts in high population areas, expansion of transnational organized crime and violent extremism.

“We must therefore work collectively to ensure the United Nations Police (UNPOL) are properly prepared, equipped and resourced to address them”, he underscored.

Mr. Lacroix outlined a strategic direction for UN policing in serving and protecting people where ‘blue helmets’ are stationed, beginning with Action for Peacekeeping, particularly in the areas prioritized within what the UN has designated as A4P+.

This includes coherent political strategies that deploy varied resources and leverage support to influence the political direction towards stability and good governance in country’s with peacekeeping missions.

Strengthening these synergies lies at the heart of the second priority, which is greater strategic and operational integration across missions.

The third priority, focuses on capabilities and mindsets, aligning pre-deployment training with the mandated tasks of each Formed Police Unit within missions.

Fourth, is to ensure the highest levels of accountability for peacekeepers, which will improve safety and security.

UNPOL would continue to underline “zero tolerance for sexual exploitation and abuse through enhanced pre-deployment and in-mission training” as a fifth priority, Mr. Lacroix said.

Turning to strategic communications, the sixth priority, he said UN Police is working to amplify it presence, including through new engagement on large social media platforms such as LinkedIn, as well as community-oriented policing and awareness-raising activities.

And finally, in line with the seventh A4P+ priority, UNPOL will continue to improve cooperation with host countries during transitions.

Meanwhile, the Women, Peace and Security agenda is infused in all aspects of A4P+ and “remains the foundation for improving our overall effectiveness”, he assured the Council.

Gender-responsive policing efforts ensure that the security needs of women, men, girls and boys are considered, including through a robust network of gender advisers and police gender focal points, the peacekeeping chief said.

He noted that UNPOL has already achieved its gender parity targets for 2025, and that women now head five of nine police components in UN peacekeeping operations.

Describing A4P+ as the UN’s vehicle to strengthen peacekeeping, Mr. Lacroix said that through it, “we are better placed to address today’s challenges to peace and security and, ultimately, to improve the lives of the people we serve’.

In closing he expressed gratitude to the Council for its ongoing support, including its contributions of highly qualified police personnel to serve for peace with the United Nations.