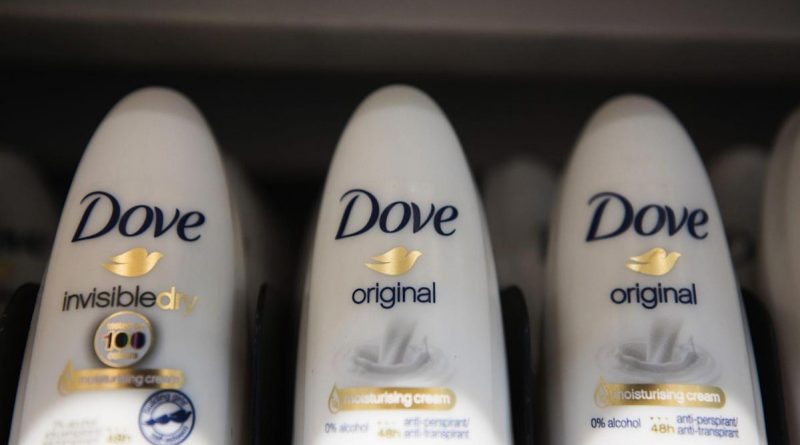 
(Bloomberg) — Unilever Plc plans to sharpen its focus on health and hygiene and plans to sell off slow-growth brands as it weighs making a higher offer for GlaxoSmithKline Plc’s consumer unit.

Unilever said Monday it will announce a revamp of its structure later this month. The Dove soap owner said it will refocus around its health, beauty and hygiene operations, suggesting divestitures may involve its food operations, which include the Ben & Jerry’s and Magnum ice cream brands.

The strategy shift comes after Glaxo said over the weekend that it rejected three offers from the consumer-products company for a bundle of brands including Advil painkiller and Sensodyne toothpaste, the latest of which was worth 50 billion pounds ($68 billion).

Alan Jope is aiming to make his biggest changes at Unilever since becoming CEO three years ago. With analysts valuing the Glaxo consumer business at as much as 48 billion pounds, any successful offer from Unilever would likely have to include a significant premium over that level, as well as a consideration of synergies, to tempt Glaxo away from the spin-off plan, which is already at an advanced stage.

Unilever has held talks with banks about additional financing for a potential sweetened offer for the Glaxo unit, according to people familiar with the matter.

Some financial firms have discussed lending enough for a higher bid. Unilever hasn’t made a final decision on using the firepower, said the people, who requested anonymity as they aren’t allowed to speak publicly.

Glaxo has been planning to spin off its consumer brands, but shareholders including Elliott Investment Management LP have been pushing Chief Executive Officer Emma Walmsley to consider a sale instead. The drugmaker said over the weekend it’s sticking with plans to spin off the portfolio.

Glaxo’s board is open to proposals but the latest bid late last year was not within a range the company would consider, the people said. The pharma giant talked up growth prospects for the unit, formed through a combination of its consumer labels with those of Pfizer Inc., which retains a minority stake.

Unilever has made preparations that could make a divestment of its food business easier. A little over a year ago the company streamlined itself into a single U.K.-based entity, ditching its longtime dual nationality. One reason for abandoning the cumbersome structure was to ease prospects for transformative merger-and-acquisition deals.

At the time, Jope assured the Dutch government that any potential carveout of the company’s Foods and Refreshments division would take place in the Netherlands. That business brings in 19 billion euros of annual revenue. Beauty and Personal Care, which Jope ran before being elevated to CEO, generates about 21 billion euros, and Home Care has annual sales of 10.5 billion euros.

Unilever could either sell the entire food unit, which makes Knorr stock cubes, Marmite yeast spread, Colman’s and Maille mustards, Hellmann’s mayonnaise and other products such as plant-based protein alternatives. Or it could divest its ice-cream business, the world’s largest, which includes brands such as Ben & Jerry’s, Magnum, Solero, as well as high-end gelato labels Grom and Talenti. It generates revenue of about 7 billion euros annually.

A deal for Glaxo’s consumer unit would be one of the largest globally in the past twelve months, and would come at a time when merger and acquisition activity is at an all-time high.

Shortly after taking the helm in 2019, Jope signaled that the company was ready to progress past the tamer takeover strategy of former CEO Paul Polman, who had focused on incremental deals in fast-growing sectors such as male grooming and home care.

Jope’s three-year tenure has been mired in distractions and misfires that have held back the company’s stock. Fundsmith founder Terry Smith, one of Unilever’s top 15 shareholders, last week said the company had “lost the plot” with a focus on burnishing its sustainability credentials at the expense of financial performance.

Glaxo has said it expects sales at the business to increase by 4% to 6% in the medium term, which is faster than the growth rate at Unilever’s personal care division. With Jope’s interest now out in the open, other bidders could emerge.

Giuseppe Bivona, co-founder of Bluebell Partners, an activist hedge fund with a stake in Glaxo, called Unilever’s bid “encouraging.” “It’s a great asset and there should be broad interest in it,” he said.

Deutsche Bank AG and Centerview Partners LLC are advising Unilever, according to the people familiar with the situation. Glaxo is working with Goldman Sachs Group Inc. and Citigroup Inc. on the listing and activist defense, Bloomberg News reported in June.

Unilever shares are trading at a lower level than in 2017, when Polman rejected an unsolicited $143 billion offer from Kraft Heinz Co.

(Updates with details from fourth paragraph)