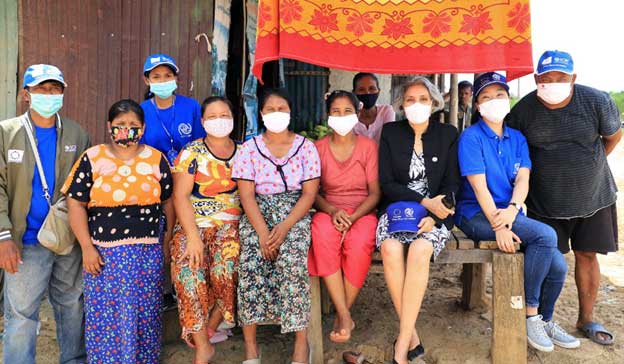 As enabler of the Agenda 2030, the UN system has the ability, stemming from its extraordinary convening powers, to bring around the table global leaders and key stakeholders for the most consequential decisions humanity must take.

Its agencies and programs do make a difference, uplifting millions of people out of poverty.

Yet, at the same time there is no doubt that the system is too complex and fragmented with too many overlaps and duplications that often make its work, using a development jargon, not of much “value for money”.

Short of a complete overhaul that would revolutionize its governance and shut down many of its operations around the world, including the merging of many of its agencies and programs, there is an ongoing attempt of reforming the system from the inside.

Recognizing the urgency for improvements but unable to undertake this needed drastic shift, Secretary General Antonio Guterres is doing what he can.

The focus is on better cooperation and coordination among the agencies and programs around the world and, while not as ambitious as the situation would require, it is still a mammoth operation that has been tasked to UN Deputy Secretary-General Amina J. Mohammed.

Based on Resolution 75/233, adapted on 21 December 2020, the Quadrennial Comprehensive Policy Review of operational activities for development of the United Nations system, this is the formal name of the ongoing efforts, is attempting to create a new working culture within the UN.

Such change is desperately needed. The focus is going to be on ensuring a “new generation of United Nations country teams working more collaboratively and according to a clearer division of labor, driving greater alignment with country needs and priorities”.

Some key updates on the progress being made, the so-called Report of the Chair of the UNSDG on the Development Coordination Office and the Report of the Secretary-General on Implementation of General Assembly resolution 75/233 on the quadrennial comprehensive policy review of operational activities for development of the United Nations system, are offering some perspectives on what being achieved and what is still missing.

At the center of this broad reform is the revitalization of the role of the UN Resident Coordinators, now full-time positions on their own and no more tied to job of the UNDP Representatives.

The idea is to enable and empower a “primus inter pares” figure, someone who has the authority to also look after and monitor the work being done by each single agencies and programs whose work, so far, has been infamously uncoordinated.

As a consequence, planning mechanisms like the United Nations Development Assistance Framework, UNDAF, the planning matrix listing all the contributions of each single UN entity in a given country, has been turned into a stronger tool, the Country Cooperation Framework.

The name shift from ‘assistance’ to “cooperation” is symbolically indicative of the different role the UN system aims playing: an enabler and facilitator rather than a static, top down “bossy” partner.

There is also a new common assessment, the UN Common Country Analysis (CCA), “an integrated, forward-looking, and evidence-based analysis of the country context for sustainable development”.

Technically, their job now also foresees “supporting governments mobilize financing for the SDGs”, as they are going to be “focused on innovative SDG financing approaches with Governments and key partners”.

The ambitious goal is to turn the Resident Coordinators in connectors and to some extent, “fund raisers” for the local governments they are supporting.

With also a new Accountability Framework in place, the common vision is as self- evident as much required but as daunting to achieve as it can be: create a “path forward for the system to work collaboratively under robust and impartial leadership, building on the strengths of each entity but moving away from the ‘lowest common denominator’ that prevailed in the previous architecture”.

That such system, far from being revolutionary, was never put in place earlier, clearly tells of the substantial ineffectiveness and lack of coordination that stymied the UN System for decades.

Having stronger coordination system makes total sense especially if the empowered Resident Coordinators, of whom, positively, now fifty-three per cent are women, can truly scale up joint pooled funding, bringing together different agencies and programs.

It is already happening but it would be really a game changer if most of the programs supported by the UN would be implemented through this modality.

In this regard the Joint SDG Fund, “an inter-agency, pooled mechanism for integrated policy support and strategic financing that acts as a bridge”, can be promising and if wholly embraced, truly transformative.

Mechanisms like the Joint SDG Fund should become the standard working modality at country levels with more and more power centered on the Office of Resident Coordinators.

Such development would mean much leaner agencies and programs in the country offices because otherwise the risk is to create another coordinating structure without simplifying and “slimming down” the system on the ground.

The scale of work to accomplish in this reform is still significant.

An internal survey, part of official report of the SG General, is emblematic.

Answering to “what extent have the following measures improved the UN Country Team’s offer to the country in the last year”, among the respondents, there was still a considerable percentage indicating that only “moderate change” had occurred so far.

Therefore, there is not only the risk that the well-intentioned reforms being pursued are simply not up to the gigantic needs of change that the UN must achieve but that it will take lots of time and energies to even bring around minimum change at country level.

Moreover, a stronger and better UN system on the ground means also a UN able to do a much better job at engaging and working with the people and civil society.

Being mandated with working with and supporting national governments does not imply as it happened so far, that the UN keeps insulate itself from the society.

You will always read about tokenistic measures that make appear like the UN is always open for collaborations and always striving to reach out the commoners but the reality is very different.

All this means one thing: the revamped offices of the Resident Coordinators have a huge role in enabling a transformation in mindsets and working culture inside the UN.

The report of the Secretary General could not have been clearer on this aspect.

The Author, is the Co-Founder of ENGAGE, a not for profit in Nepal. He writes on volunteerism, social inclusion, youth development and regional integration as an engine to improve people’s lives.