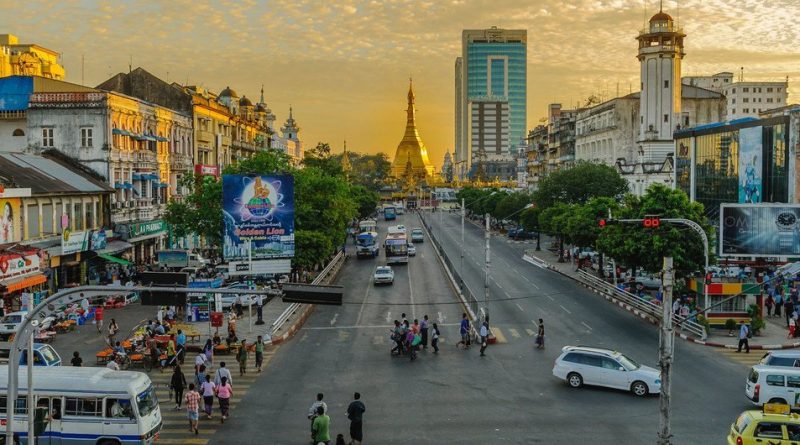 Myanmar’s military seized power in February 2021, overthrowing the elected government led by Nobel laureate Aung San Suu Kyi.  Since then, the country has been in the grip of a political, human rights and humanitarian crisis.

Among them were two people who had sought protection through the UN refugee agency, UNHCR, while others had serious protection concerns.

“With rising levels of violence and instability, and the collapse of the Myanmar economy and social protection systems, this is simply not the time to be returning anyone to Myanmar,” said Mr. Türk.

“This is especially the case for anyone with specific protection concerns, such as political activists or military defectors, who are at grave risk upon return.”

At least 70,000 people have fled Myanmar in the wake of the coup, and more than one million have been internally displaced, according to the High Commissioner’s Office, OHCHR.

Additionally, some one million people from the mainly Muslim Rohingya community are now refugees in neighbouring Bangladesh after escaping waves of violence and persecution.

These numbers add to the millions of Myanmar migrants who have sought economic opportunities in other countries in the region, many with irregular status.

The UN rights chief called on Malaysia and other countries to ensure that no one is forcibly deported to Myanmar.

Furthermore, any Myanmar national being considered for return should be provided with due procedural guarantees, including an individual assessment of their situation in line with international norms and standards.

He warned that repatriations taking place from indefinite detention, or detention in inadequate conditions, are unlikely to be truly voluntary and should be avoided.

Since the coup, OHCHR, has documented numerous cases of reprisals or punishment of people who have returned to Myanmar.

Those who fled and are considered by the military to be opposed to the coup are at risk of torture in detention and the death penalty.

International law prohibits returning people to a country where they are at real risk of serious harm upon return, including persecution, torture, ill treatment or other grave human rights violations.

“It is essential that in light of the prevailing situation in Myanmar, now more than ever, that States do not return people to suffering and danger, and provide them with a secure legal status while their country remains in crisis,” said Mr. Türk.

With more people expected to flee the violence in Myanmar, UN Special Envoy Noeleen Heyzer said she will continue to urge the Association of Southeast Asian Nations (ASEAN) to develop a regional protection framework for refugees and forcefully displaced persons.

“The recent forced return of Myanmar nationals, some of whom were detained on arrival, underlines the urgency of a coordinated ASEAN response to address shared regional challenges caused by the conflict,” she said on Tuesday.

Her remarks came in a briefing to the UN General Assembly’s Third Committee, which covers social, humanitarian affairs and human rights issues.

As the crisis in Myanmar deepens, Ms. Heyzer will continue engagement towards an inclusive Myanmar-led process to return to the democratic transition.

“There is a new political reality in Myanmar: a people demanding change, no longer willing to accept military rule. I will continue to appeal to all governments and other key stakeholders to listen to the people and be guided by their will to prevent deeper catastrophe in the heart of Asia,” she said.

The crisis continues to take a catastrophic toll on the Myanmar’s people, with serious regional implications, she reported.

More than 13.2 million are food insecure, around 40 per cent of the population is living below the poverty line and 1.3 million are displaced.

“Military operations continue with disproportionate use of force including aerial bombings, burning of civilian structures, and the killing of civilians including children,” said Ms. Heyzer.

“I condemn the indiscriminate airstrikes on a celebration in Kachin State that killed large numbers of civilians days ago. The People’s Defence Forces are also accused of targeting civilians.”

Ms. Heyzer also highlighted the plight of the Rohingya, along with other forcefully displaced communities.

“The price of impunity is a grave reminder that accountability remains essential,” she said.

The Special Envoy was appointed last October and made her first visit to Myanmar in August, where she met with the military’s Commander-in-Chief.

She made six requests during the visit, including ending aerial bombing and burning of civilian infrastructure, delivering humanitarian assistance without discrimination, releasing all children and political prisoners, and a moratorium on executions.

August also marked the fifth anniversary of a Rohingya mass exodus to Bangladesh, following a violent crackdown, and Ms. Heyzer also travelled to the country in connection with the commemoration.

She thanked the Government for its generosity in hosting the refugees, though noting the Prime Minister’s statements that the situation is unsustainable.

“A highlight of the visit was my discussions with women and youth in the refugee camps. They made it clear that they need to be engaged directly in discussions and decisions about their future,” she said.