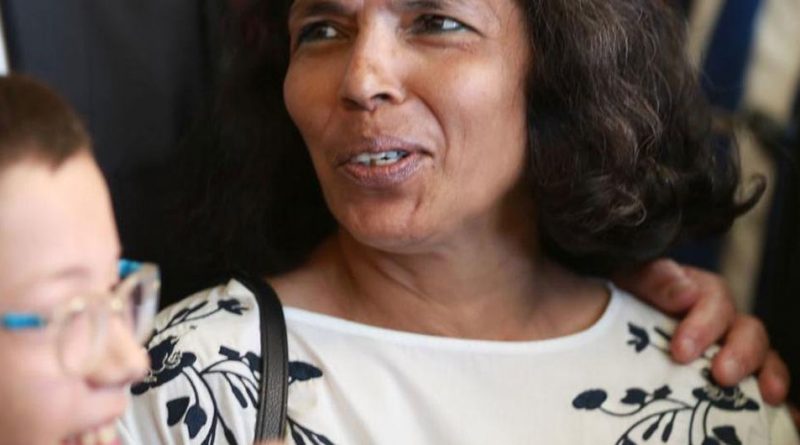 The event kicked off in Mumbai, at the Taj Mahal Palace Hotel, where a series of coordinated terrorist attacks left 31 dead and many injured, in November 2008. Among the survivors is Karambir Kang, who also gave testimony to the meeting, ensuring that the views and needs of victims themselves, were heard loud and clear.

He is part of the hotel’s workforce, and recalled the hours of terror, that saw him lose his wife and son, and many colleagues.

‘Our house was attacked’

“We felt that our house was attacked. Therefore, we had to defend it. The Taj Mahal is our monument of love. […] Terrorism is not something that happens to other people in some other place. It is real, and it can happen to anyone anywhere”, he said.

As a survivor, he stressed that his “act of defiance” was to rebuild the hotel in just 18 months. “I would therefore urge the Security Council to defy these acts of terrorism by acting and cooperating, resolutely, against terrorism,” he concluded.

Two-years-old at the time, Moishe Holzberg was also a survivor of the attacks. Saved by his nanny, he now lives in Israel with his grandparents – his mother and father were shot dead during the terrorist rampage.

“Your gathering here in Mumbai is very important. It is very important that you find new ways to counter terrorism, so that no one will have to go through what I have gone through”, he urged in a video message.

‘victims of an attack on humanity’

The opening event was hosted at the hotel in memory of its victims and included Security Council Member States – both current and those recently elected, who begin serving next year.

The Committee Chair, Ambassador Ruchira Kamboj of India, stressed that these testimonials are vital to show the international community the consequences of terrorist acts and the resilience of their survivors.

“One thing that remains common to all of us [survivors] is the pain,” added Ms. Chaphekar. “We are the victims of an attack on humanity,” she concluded.

The Secretary-General, António Guterres, was in India last week and visited the Taj Mahal Palace Hotel. In his speech reflecting on the attacks, he stated that “terrorism is absolute evil and has no room in today’s world.”

He added that “fighting terrorism must be a global priority,” and it is a central priority for the action of the United Nations.” He also expressed his solidarity with the victims and survivors of the Mumbai attacks.

The many faces of terrorism

Following the tribute ceremony, the representatives got down to business, debating the core topic of the special meeting, on how useful technology is being abused, to spread terror. They presented their concerns, and were briefed by UN experts.

When one thinks of terrorism, the image that comes to mind is often large attacks conducted by notorious extremist groups, mostly against civilians. However, technology has revealed another façade of terrorism, bringing the threat of ‘invisible’ attacks way closer and, in many cases, literally just one click away.

On Saturday in the Indian capital New Delhi, there will be several sessions to discuss the online financing of terrorism, the use of drones in conflicts, and the importance of human rights to define guidelines on the issue.

Mr. David Scharia, Chief of Branch of Counter-Terrorism Executive Committee, told UN News that the CTED is hoping to achieve some understanding in how to balance the benefits and the risks of these innovations.

“There are a lot of benefits that our economies and our societies get from these technologies. At the same time, it will probably recognize that there is a risk and a challenge in dealing with that risk, which will require several steps”, he argued.

According to him, an essential asset to the discussion is to bring civil society, the private sector, and academia, together around the table.

“They [the private sector] understand the technologies far better than governments, and they also know whether our solutions would be effective or not.”

Representatives from international tech companies such as Google and Meta are expected to brief Security Council members.

He explains that the “meeting will not conclude with a very specific action plan” but will pave the way, in collaboration with Member States, for further discussions, which he considers to constitute meaningful progress on this key part of the counter-terrorism agenda.