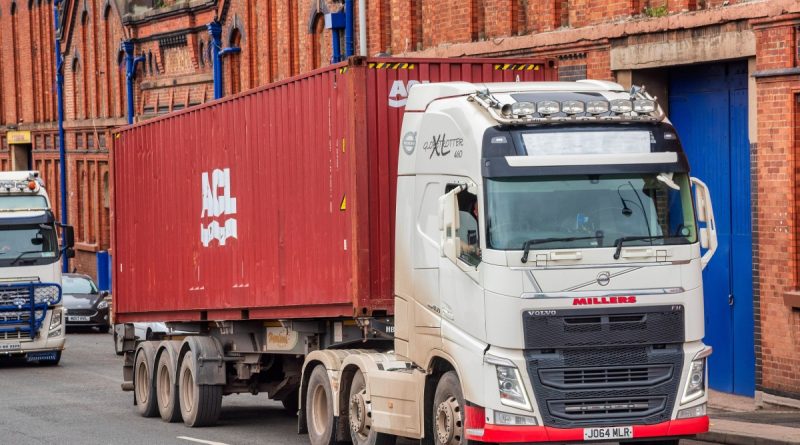 
UNION bosses have been accused of ‘holding Christmas hostage’ after threatening to stage mass lorry strikes.

The group is threatening to stage the largest lorry strike since the Winter of Discontent in 1979 – a season characterised by widespread strikes.

This comes amid fears that families could struggle with their Christmas shopping due to shortages.

Bosses say the supply chain crisis had given HGV drivers the “power” to hold the country to ransom.

On Thursday, a spokesman for the Department for Transport accused unions of threatening to “hold Christmas hostage”, adding that any mass walkout would “damage the work being done to restore supply chains at this vital time of year”.

Unite is after fair and equal pay for long-serving drivers as new drivers are being offered salaries of up to £50,000 a year.

They are also calling for an end to temporary rules allowing drivers to work up to 10 hours a day.

Adrian Jones, the national officer for road transport at Unite, which represents around 50,000 HGV drivers, said drivers were demanding “firm commitment” from the Government to provide more truck stops with clean toilets and catering facilities.

He told the Telegraph: “Our members need proper facilities, fair pay and respect. HGV drivers are the blood in the body of our economy. We will not hesitate to cut that supply off if the Government and the employers refuse to do what is necessary.

“We have made this point to ministers and officials repeatedly – but they have not made any firm commitments, even though they know what needs to be done.”

He said the law currently prevents Unite from launching a national strike as unions are required to register disputes with individual employers.

We are now looking at coordinated strikes before January if we do not get those commitments from the Government and employers. We will not shy away from that,” he added.

“Clearly the fragility of the supply chain is an opportunity for us. Our members are now in the driving seat. They have the power. That’s why they are more confident and brave in their demands.”

This comes after just 20 HGV licences have been granted for EU workers to help shift Britain’s huge cargo backlog.

And a mere 300 applications have been sent in by European workers so far, Tory chairman Oliver Dowden said.

Home Office minister Kevin Foster also revealed in a letter to all MPs that each application would take three weeks, or 15 working days, to process.

It is despite the Government’s vow to grant an extra 5,000 EU visas to help the flow of goods.

The Sun understands there is still a huge backlog of 54,000 HGV applications which is contributing to the build up at Felixstowe, Suffolk, and causing cargo to be diverted to other ports.

But he said it is unlikely to hugely affect Christmas as there is still time for goods to arrive.