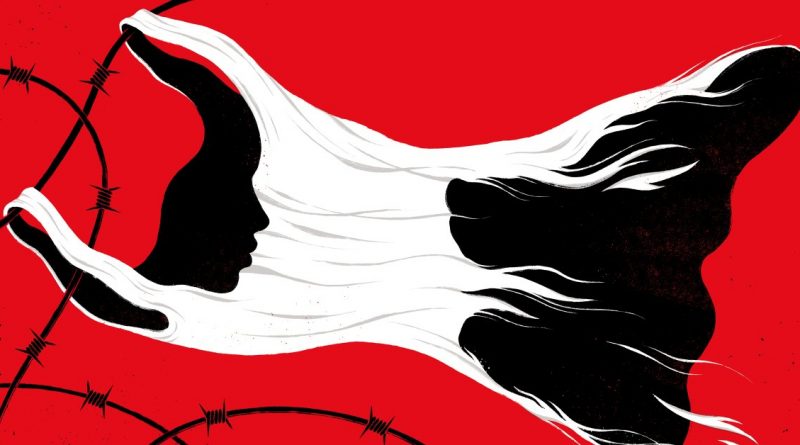 
In the early days of May, in the third month of Russia’s invasion of Ukraine, a mother in her early 40s crossed the border into Poland, seeking safety for herself and two teenage children. She also carried with her a secret: as Russians advanced on her hometown, she was raped by Russian soldiers.

She didn’t want anyone to know what happened, according to the Polish NGO that came to her aid. Her husband, who is in the Ukrainian army, was fighting and away from home. Once in Poland, the woman discovered she was pregnant. But getting an abortion in a country with a near-total ban, and navigating this terrain in a new language, was far from simple.

“She called me crying, ‘please take it out of me, help me,’” says Krystyna Kacpura, president of the Foundation for Women and Family Planning (Federa), a Polish reproductive rights organization. Federa was able to organize a rare medical abortion for the woman in a Warsaw hospital, using a small exception in the law for cases of rape. “She was so afraid her husband and children would find out. But we managed to do it all in secret,” says Kacpura.

More than 6 million Ukrainians, mostly women and children, have fled their country since the war began, creating Europe’s largest refugee crisis since World War Two. Poland has taken the lion’s share, earning praise from Western powers, even as that generosity has raised uncomfortable questions about its treatment of asylum seekers from the Middle East and Africa.

But the longer the war continues, and with it the sexual violence committed by Russian troops against Ukrainian women and girls, the more Ukrainian refugees in Poland will need access to emergency contraception and abortion services. The country’s reproductive rights campaigners and providers of abortion advice are working in overdrive to navigate some of Europe’s most restrictive abortion laws.

“We are shocked by the number,” says Kacpura, referring to the amount of people seeking Federa’s help.

Other abortion-rights groups are reporting a similar uptick. Phone calls and messages to the hotline belonging to the Polish branch of the non-profit Women on Web, which provides abortion pills up to 12 weeks of pregnancy, have shot up by nearly a third. “We do not judge people’s circumstances and we do not ask how they became pregnant,” says Executive Director Venny Ala-Siuara, from its headquarters in Montreal, Canada.

Allegations have emerged of a systemic, coordinated campaign of sexual violence by Russian forces in Ukraine, according to Kateryna Busol, a Ukrainian lawyer specializing in international human rights and an Academy Associate at Chatham House’s Russia and Eurasia Program in London. Evidence of atrocities, including myriad reports of rape, are the subject of multiple investigations from the International Criminal Court, the Organization for Security and Cooperation in Europe, and other groups. But war crimes are notoriously difficult to investigate and prosecute.

Read More: Ukrainians Are Speaking Up About Rape as a War Crime to Ensure the World Holds Russia Accountable

So far, Ala-Siuara’s organization has provided abortion pills to more than 50 Ukrainian refugees in Poland, who range in age from 20 to 35. Federa receives between five and 30 calls a week from Ukrainian refugee women in Poland, asking for help accessing abortion services or emergency contraception, commonly known as the “morning after pill.”

Ewa, who works on Women on Web’s help desk in Poland, says that not all the women they’ve helped have suffered sexual violence at the hands of Russians. “Sometimes their lives have changed dramatically and they need to start from scratch. Their husband may have died, or it’s just a difficult time to have a baby,” she says. (Ewa spoke on condition that only her first name is used, citing concerns over repercussions given Poland’s restrictive abortion measures.)

Federa has also worked with the International Planned Parenthood Federation to dispatch emergency contraception and abortion pills to Ukrainian medical facilities that are currently under Russian occupation.

While exact numbers are hard to pin down, and the scale of the violence is difficult to verify, U.N. officials have as of early June received over 120 reports of rape. The number is understood by the U.N. and rights groups to be only a small fraction of actual cases. Officials in Kyiv have also said the number is at least in the hundreds.

Since the start of the war, Harvard University’s Sexual Violence in Armed Conflict research group has documented “gang rape, mutilation of genitals, the threat of rape, and people forced to watch their friends and relatives raped by others,” says Ukrainian academic and member Marta Havryshko, who is also a URIS Fellow at the University of Basel in Switzerland. “We have many, many cases.”

In 2020, Poland tightened its already restrictive abortion laws, ruling that pregnancies could be terminated only in cases of incest and rape, and when a mother’s life is at risk. Abortions even in cases of severe fetal abnormalities, which had formed the majority of legal terminations before then, were no longer permitted. The measure was passed by Poland’s Constitutional Tribunal, whose independence has been eroded by the ruling party, rights activists say.

At least one Polish pregnant woman has died since the new restrictions came into place. Her death sparked widespread women-led protests across the majority-Catholic country and strengthened its pro-choice movement.

Although emergency contraception remains available by prescription in Poland, it’s notoriously difficult to obtain. Kacpura recalls how she procured emergency contraception for two girls, aged 16 and 17, who crossed the border into Poland at the beginning of the war. They had been raped early that morning by Russian soldiers at a checkpoint and arrived, “so frightened, with no money, no knowledge of English.”

Kacpura sent them to a clinic in Warsaw where they were tested for HIV and given medication as as a prophylactic against other sexually transmitted diseases before moving on to France to rejoin their families.

The Polish government has said that female refugees from Ukraine seeking contraception and abortions will be subject to the same rules as the Polish population. The number of Polish women receiving abortions after rape is practically non-existent: in 2020 there were only two terminations granted on these grounds of Poland’s 1,000 or so legal abortions.

“But if a Ukrainian woman can now get an abortion in a hospital in Poland, maybe Polish women can too,” says Kacpura, describing how Federa managed to comply with Polish legislation’s complicated, multi-layered procedures to prove that a woman became pregnant through rape, including getting a prosecutor’s opinion on the matter.

On the other hand, members of Roman Catholic group Ordo Iuris, meaning Order of Law, an influential non-governmental group against abortion, have been calling hospitals to ensure that they are complying with the strict legislation.

Providing police reports for sexual violence is also difficult in any situation, let alone for women raped during wartime in another country.

What’s more, Ukrainian women and girls crossing the border into Poland often arrive with no knowledge of the restrictive laws. Federa set up a Ukrainian-language hotline explicitly to help women in need of abortions in Poland in the early days of the war, complementing its Polish hotline. Another hotline for Ukrainian refugees in Poland, called Martynka, was established in late March and works with Women on Web and German-based organizations.

Federa has also published manuals explaining how to seek help and advice.

“We understand that they’re going through heavy emotions,” says Ewa from Women on Web, where she receives requests for help from women responding to the organization’s campaigns on Instagram and Facebook. They write to her in Polish, English, Ukrainian, and Russian. “Sometimes they can’t, or won’t, ask for official help. But sometimes they need to speak to another human being about what they’ve gone through. And we are eager to do this.”