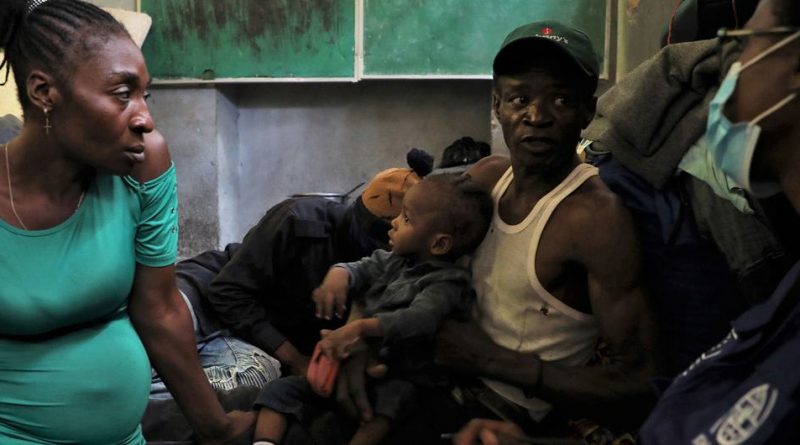 
Just over 200 days since Russia invaded its neighbour, acting UN High Commissioner for Human Rights Nada Al-Nashif said that throughout Ukraine, “the suffering of the civilian population continues”.

The special Independent Commission Of Inquiry On Ukraine is due, for the first time, to deliver its findings on possible war crimes to the Council on 23 September. In particular, it was tasked with investigating grave abuses in Kyiv, Chernihiv, Kharkiv and Sumy regions in late February and in March.

Beyond the war-torn country, severe fuel shortages and threats to food security are now the norm in some of the world’s poorest countries, she said.

After welcoming and calling for the “full respect” of the agreement involving Russia, Ukraine, the UN, and Türkiye allowing for the resumption of shipments of grain and other food supplies from Ukrainian ports, Ms. Nada Al-Nashif urged the international community “to ensure the food reaches the people who need it”.

In Russia, she insisted that “intimidation, restrictive measures and sanctions” against critics of the war in Ukraine had undermined “fundamental freedoms,” as had “pressure against journalists,” internet jamming, “and other forms of censorship”.

The acting UN rights chief – standing in for newly-appointed High Commissioner Volker Türk of Austria until he begins – also urged Russia to reconsider measures that it had taken to expand the “foreign agent” label, including individuals considered to be “under foreign influence,” in addition to criminalizing undeclared contacts “with representatives of States, foreign or international organizations” deemed to pose a risk to Russian security.

In reaction to the European energy crisis caused by the Ukraine conflict, some European Union countries had had the “understandable” impulse to reinvest in fossil fuel; but “there is no room for backtracking in the face of the ongoing climate crisis”, Ms. Al-Nashif argued.

“In line with their international human rights obligations, I encourage all States to seek an ambitious outcome at [the UN Framework Convention on Climate Change (UNFCCC COP27)], including to address loss and damage and meet and increase climate finance commitments.”

They included Burkina Faso, where State security operations had led to an increase in human rights violations “affecting many civilians”.

Burundi had also seen “shrinking civic space”, Ms. Al-Nashif said, before referring with concern to the recent call of the head of the ruling party’s youth Imbonerakure wing, to kill all “troublemakers” and continue night patrols.

In Central African Republic, the UN Acting rights chief urged the Government to make sure that security forces and “foreign private military contractors…immediately cease…targeted attacks against Muslims and other minorities”.

Highlighting heavily armed gang abuses in Haiti, she said that it was urgent to support the State in its efforts to curtail the violence and remained important for the international community to strengthen oversight and accountability to tackle sexual, financial and urban crime.

Turning to ongoing harassment and killings in Honduras, Ms. Al-Nashif urged the authorities to step up funding to protect human rights defenders, noting that some 120 victims have been recorded there, two-thirds of whom were environmental defenders and many indigenous or have Afro-Honduran roots.

Amid reports of intensified violence in the Papua region of Indonesia, the acting rights chief spoke was shocked to learn of the dismembered bodies of four indigenous Papuans in recent weeks, as clashes ensued between forces and armed groups, causing an unknown number of deaths and displacement.

Meanwhile, ordinary people continue to suffer the consequences of a political deadlock in Iraq, triggering “economic challenges, a shrinking space for freedom of expression, and the severe impact of climate change”.

“Tensions culminated in violence at the end of August resulting in over 34 people dead and nearly 300 injured,” she told the Council, calling upon all relevant actors there to “prevent violence, and ensure the participation of all groups, in particular women and civil society, in national dialogue processes”.

In the Occupied Palestinian Territory, Ms. Al-Nashif noted with concern the increasing number of Palestinians, including children, who had been killed and injured by Israeli forces.

Taking note of the Israeli military’s investigation of TV journalist Shireen Abu Akleh’s killing on 11 May, she called for a criminal probe that is “compliant with international law standards”.

In Tajikistan, the UN acting rights chief pointed to ongoing concerns in the Gorno-Badakhshan Autonomous Oblast over recent prosecution requests for 25-year or life prison sentences for some activists and journalists.

“I urge investigations into human rights violations or abuses and guarantees to ensure fair trials, in line with international human rights standards,” Ms. Al-Nashif insisted, before adding that the detention and deportation of Afghan refugees and asylum seekers including families with children, were “in violation of the principle of non-refoulement”.

Condemning Singapore’s recent executions “of at least eight people for drug-related offences”, the acting High Commissioner reiterated her Office’s call for a moratorium on the use of the death penalty, especially for non-violent drug crimes.

The Council also heard from the UN Special Rapporteur on the situation of human rights in Afghanistan, Richard Bennett, who described the “staggering regression” in women and girls’ civil, political, economic, social and cultural rights – including the suspension of secondary school education for girls, since the Taliban’s military takeover last August.

“In no other country have women and girls so rapidly disappeared from all spheres of public life,” Mr. Bennett said, adding that despite this, they have continued “to call for accountability”.