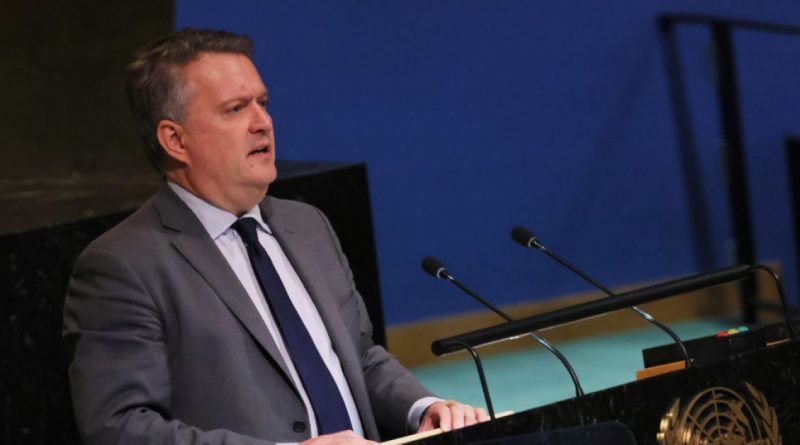 
When the U.N. voted overwhelmingly in favor of condemning Russia’s illegal annexation of Ukrainian territory, it was heralded by Ukraine and its allies as a victory. The outcome—143 members voting in favor of the resolution to Russia’s lonely five against—was a clear indication that nations are choosing to side with Ukraine. “The world had its say,” Ukrainian President Volodymyr Zelensky tweeted in the aftermath of the vote. “[The Russian Federation]’s attempt at annexation is worthless and will never be recognized by free nations.”

While the vote has important symbolic value, it is unlikely to have an impact on the decision-making of Russian President Vladimir Putin or the state of the war, which will soon enter its eighth month.

Sergiy Kyslytsya, the Ukrainian ambassador to the U.N., concedes that there are limits to what the international body can achieve on its own. “We are dealing with a country, we are dealing with a dictator, who cannot give a monkey’s” about international rebukes, Kyslytsya tells TIME. Russia dismissed this week’s U.N. vote as a product of “unscrupulous Western blackmailers.”

But that doesn’t mean that the U.N. doesn’t matter. For Ukraine, in particular, the U.N. represents one of the only international forums whose deliberations are broadcast online for the world to see. “That’s why some countries hate it,” says Kyslytsya. “Because they have to take a position in front of the entire world.”

Read more: A New U.N. Vote Shows Russia Isn’t as Isolated as the West May Like to Think

The tally of nations siding with Ukraine this week was similar to the number that voted to condemn Russia’s invasion in a resolution in March. But, there are dozens of countries that have opted to take an ostensibly neutral position, including China and India, which were among 35 abstentions. And no matter the majority, support for Ukraine at the U.N. is undermined by Russia’s position on the Security Council, the 15-member body tasked with ensuring international peace and security. Moscow has retained permanent member status since the body’s formation following World War II. That status affords, among other things, the ability to veto any substantive resolutions brought to the body—a power that Russia has used to great effect since the war began. Although some have called for Russia to be removed, citing its flagrant violations of the U.N. Charter in its invasion of Ukraine, such a move is without precedent, and unlikely to succeed.

But even Russia’s permanent Security Council seat hasn’t been enough to mask Russia’s isolation, Kyslytsya says. “If there are a number of countries who do not support Ukraine, very predictably, they have never spoken in favor of the Russian invasion,” he says. “They have never spoken in favor of illegal annexation.” Indeed, several of the countries that opted to abstain in this week’s vote, such as India, reaffirmed their respect for territorial integrity and sovereignty.

—With reporting by Simon Shuster