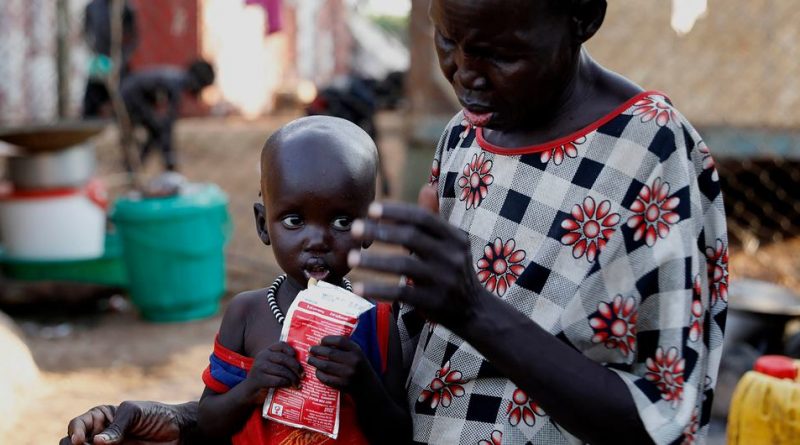 Speaking at the launch of the brief, Mr. Guterres pointed out that, whilst most attention is focused on the effects of the war on Ukrainians, it is also having a global impact, in a world that was already witnessing increased poverty, hunger and social unrest.
“We are now facing a perfect storm that threatens to devastate the economies of developing countries”, said the UN chief.

The Global Crisis Response Group on Food, Energy and Finance is a 32-member group, chaired by UN Deputy Secretary-General Amina Mohammed, which includes heads of UN agencies, development banks and other international organizations.

It was launched by Mr. Guterres on 14 March, in response to concerns over the potential consequences of the Russian invasion of Ukraine, as well as the continuing impacts of the COVID-19 pandemic.

How will it help?

The group will ensure collaboration across governments, the multilateral system and a wide range of sectors, to help vulnerable countries avert large-scale crises.

This will be achieved through high-level coordination and partnerships, urgent action, and access to critical data, analysis and policy recommendations. The first policy brief was released on Wednesday.

Why is it important?

The Ukraine crisis risks tipping up to 1.7 billion people — over one-fifth of humanity — into poverty, destitution and hunger.

Ukraine and the Russian Federation provide 30 per cent of the world’s wheat and barley, one-fifth of its maize, and over half of its sunflower oil.

Together, their grain is an essential food source for some of the poorest and most vulnerable people, providing more than one-third of the wheat imported by 45 African and least-developed countries.

At the same time, Russia is the world’s top natural gas exporter, and second-largest oil exporter.

The war has compounded the challenges many developing countries are facing as a result of the COVID-19 pandemic, as well as historic debt burdens and soaring inflation.

Since the start of 2022, wheat and maize prices have increased by 30 per cent, oil prices have gone up by more than 60 per cent over the last year, and natural gas and fertilizer prices have more than doubled.

At the same time, the UN’s humanitarian operations are facing a funding crunch: the World Food Programme (WFP) has warned that it does not have enough resources to feed hungry people in desperate situations. The agency urgently needs $8 billion to support its operations in Yemen, Chad and Niger.

The report, said Mr. Guterres, “shows that there is a direct correlation between rising food prices and social and political instability. Our world cannot afford this. We need to act now”.

The policy brief insists on the importance of global cooperation in tackling the crisis, which, it says, “will leave deep and long-lasting scars”. The report calls on all countries – as well as the private sector, NGOs and other actors – to recognize that “the very nature of increasingly common global shocks is such that countries are not individually responsible”, and that solutions need to be based on the global, rather than national, risk.

In light of the soaring cost of food, fuel and other commodities, all countries are urged to keep their markets open, resist hoarding and unnecessary export restrictions, and make reserves available to countries at the highest risk of hunger and famine.

The report calls on international financial institutions to release funding for the most vulnerable countries, help governments in developing countries to invest in the poorest and most vulnerable by increasing social protection, and work towards reforming the global financial system so that inequalities are reduced.

Humanitarian appeals, says the policy brief, must be fully funded, and major reform of the international financial system is needed to, in the words of the UN Secretary-General, “pull developing countries back from the financial brink”.

The crisis, depending on how the world responds, could also turn out to be an opportunity for the planet. The policy brief acknowledges that, in the short term, strategic reserves of fossil fuels need to be released in order to stabilize prices and ensure sufficient supplies.

However, a ramped-up deployment of renewable energy would help to ensure that the kinds of energy prices rises currently being seen are not repeated in the future, whilst hastening progress towards a cleaner, low carbon, energy future.