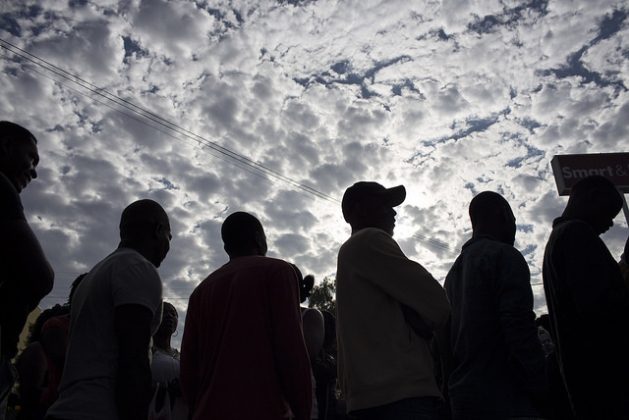 PORTLAND, USA, Oct 24 (IPS) – Given the upcoming midterm elections in the United States and the consequences of the outcome for domestic legislation and programs as well as the country’s foreign policy, it’s useful and fitting to review fundamental differences between America’s two major political parties on vital demographic issues.

On virtually every major demographic issue, including reproduction, mortality, immigration, ethnic composition, gender, marriage and population ageing, significant divides exist between the Democrats and Republicans (Figure 1). Those divides have significant consequences and implications for current and future government policies and programs.

Those divides on vital demographic matters, which have become increasingly politicized by the two major parties, are reinforcing political polarization and partisan antipathy across the country and hindering the economic, social and cultural development of the United States.

With respect to reproduction, while most Democrats are in favor of a woman’s legal access to abortion, most Republicans are not. For example, a March 2022 PEW national survey found that proportion of Democrats saying abortion should be legal in all or most cases was more than twice that of Republicans, i.e., 80 versus 38 percent.

A similar difference on abortion is evident among members of Congress and justices of the Supreme Court. While Congressional Democrats are largely in favor codifying access to abortion and safeguards to the right to travel across state lines to undergo the procedure, Congressional Republicans are opposed to such access and safeguards. And the recent Supreme Court abortion decision ending the right to abortion reflects the divides in the views of justices appointed by Republican and Democrat administrations.

Concerning access to birth control methods, the vote on the recently passed bill by the House of Representatives was mostly along party lines. All but eight Republicans opposed the bill that aims to ensure access to contraception. In the Senate, the birth control measure is expected to fail as most Republicans are likely to be against it.

On mortality and morbidity issues, Congressional Democratic and Republican leaders are also divided. A notable example of that divide has been the sustained Republican opposition to the Affordable Care Act enacted by Democrats more than a decade ago.

Recent research has also found that more premature deaths occur in Republican-leaning counties than in Democratic-leaning counties. The policies adopted by Democratic-leaning states compared to those in Republican states are believed to have contributed to the greater divide in mortality outcomes. Those policies include Medicaid expansion, health care access, minimum wage legislation, tobacco control, gun legislation, and drug addiction treatment.

The early responses to the COVID-19 pandemic, which was transformed from a public health concern into a major political issue, also reflect the divide in mortality outcomes between Democrats and Republicans. While mask wearing, social distancing, and related preventive measures were often stressed by most Democratic officials, many Republican leaders resisted such measures and downplayed the risks of the coronavirus.

Those partisan differences concerning the COVID-19 pandemic were reflected in the behavior and attitudes of Republicans and Democrats across the country. As a result of those attitudinal and behavioral differences, Republican-leaning counties have had higher COVID-19 death rates than Democrat-leaning counties.

Concerning the more than 11 million illegal immigrants residing in the country, the former Republican administration wanted to ban counting them in the 2020 census. The desired exclusion of undocumented migrants in the census enumeration was aimed at not including them when determining Congressional representation. The current Democratic administration, in contrast, includes undocumented migrants in the census count and determining Congressional representation.

On whether to offer an amnesty to immigrants living unlawfully in the country, a wide divide exists between the two major political parties. While Democrats are largely in favor of offering illegal immigrants a path to U.S. citizenship, many Republicans oppose granting an amnesty to those who are unlawfully resident in the country. A PEW survey in August 2022, for example, found the proportion in favor of a path to U.S. citizenship among Democrats was more than double the level among the Republicans, 80 versus 37 percent, respectively.

Regarding the changing ethnic composition of the U.S. population, Democrats tend to view the changes more favorably than Republicans. For example, one national PEW survey found Democrats three times more likely than Republicans to say a majority nonwhite population will strengthen America’s customs and values, i.e., 42 and 13 percent, respectively.

Similar divides between Democrats and Republicans were found with respect to interracial marriage and same-sex marriage. The growth of interracial marriage is considered to be a good thing for the country by a majority of Democrats and a minority of Republicans, 61 and 33 percent, respectively. Also, Democrats have been consistently more likely than Republicans to say that same-sex marriages should recognized by the law as valid, with the proportions in 2022 at 83 and 55 percent, respectively (Figure 4).

Democrats and Republicans also differ in their views about gender identity. While a national PEW survey found 80 percent of Republicans saying that whether someone is a man or a woman is determined by the sex assigned at birth, 64 percent of Democrats took the opposite view, believing that a person’s gender can be different from the sex assigned at birth.

Moreover, the majority of Republicans, 57 percent, say that society has gone too far in accepting people who are transgender, compared to 12 percent of Democrats.

On the issue of population ageing, noteworthy policy differences with program implications exist between Democrats and Republicans. In general, Republican leaders have resisted government entitlement programs established by Democrats, such as Social Security and Medicare, preferring reliance on the private sector, freedom of choice and individual responsibility.

Republican leaders have proposed replacing those major programs for older Americans with private investment accounts and a voucher system for health insurance. In addition, some Republicans recommend eliminating Social Security and Medicare as federal entitlement programs and have them become programs approved by Congress annually as discretionary spending.

A similar political divide exists among Americans concerning the provision of long-term care that the elderly may need. One national PEW survey in 2019 reported that while two-thirds of Democrats say the government should be mostly responsible for paying for that care for the elderly, 40 percent of Republicans have that view.

In sum, significant divides currently exist between Democrats and Republicans on nearly every major demographic issue facing the United States. Those divides are being politicized by the two parties, reinforcing political polarization and partisan antipathy across the country, which in turn are affecting domestic legislation and foreign policy as well as hampering America’s progress in the 21st century.