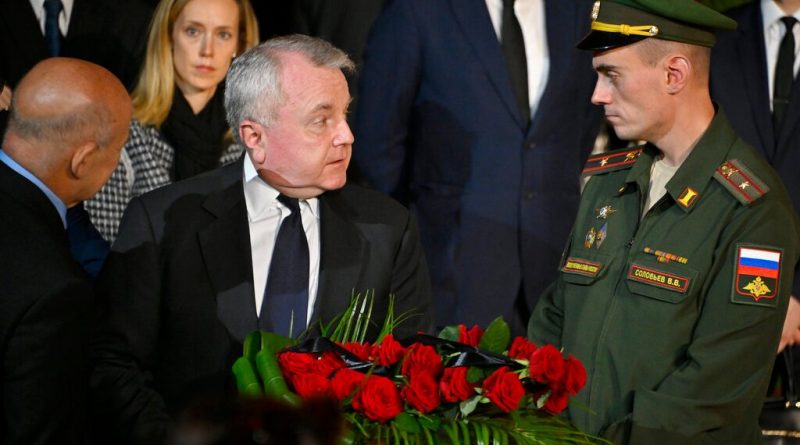 
WASHINGTON — The U.S. ambassador to Russia, John Sullivan, ended his tenure as America’s top diplomat in Moscow on Sunday after nearly three years, spanning the Trump and Biden administrations, and will retire from a lengthy career in government service, the embassy announced. His departure comes as Russia’s war with Ukraine is in its seventh month.

His four-decade public service career included postings as deputy secretary of state and senior positions in the departments of Justice, Defense and Commerce.

Elizabeth Rood, the deputy chief of mission to Russia, will be the top U.S. diplomat in Moscow until a successor nominated by President Joe Biden replaces Sullivan.

The departure comes as U.S.-Russian relations remain tense. Since Russia invaded Ukraine in February, the war has slowed to a grind with both sides trading combat strikes and small advances in the east and south. Both Russian and Ukraine have seen thousands of troops killed and injured, and Russia’s bombardment of cities has killed countless innocent civilians.

The U.S. has imposed numerous waves of sanctions on Russia and provided billions of dollars worth of military assistance to Ukraine, shifting to a longer-term support strategy in recent weeks.

In April 2021, Sullivan headed back to the U.S. for consultationsafter officials in Moscow “suggested” he follow the example of the Russian ambassador to Washington who was recalled from Washington after Biden described Russian President Vladimir Putin as a “killer.”

A Boston native, Sullivan was nominated by President Donald Trump and confirmed by the Senate with unusually strong bipartisan support as ambassador to Russia in December 2019. Biden asked him to remain in the post when Biden took office last year.