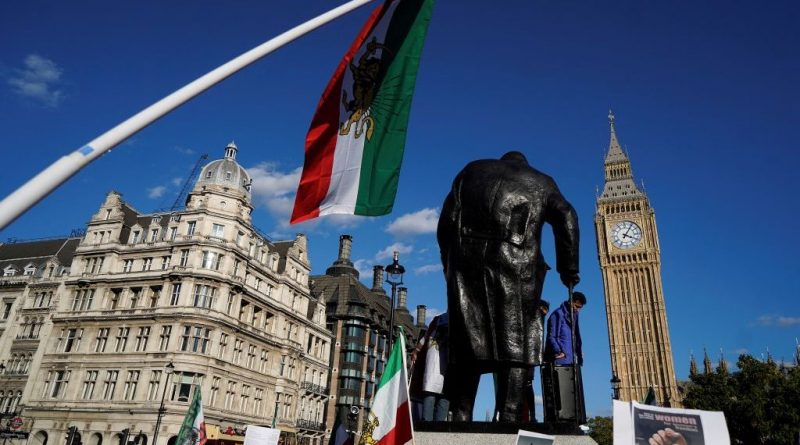 
International pressure on Iran’s Islamic leadership mounted on Monday after the U.K. imposed sanctions on its security forces amid reports of oil workers joining nationwide protests and fresh violence in a Kurdish city.

The new sanctions target senior security officials and the Islamic Revolutionary Guard Corps in response to a heavy crackdown on protests that swept the country after Mahsa Amini, a 22-year-old Kurdish-Iranian woman, died in the custody of the so-called “morality police”.

Amini was arrested for allegedly flouting Iran’s strict Islamic dress code and her death on Sept. 16 sparked some of the biggest protests in the country since the 1979 revolution. The sanctions target the entire division as well as the head of the IRGC’s plainclothes militia, known as the Basij, according to a statement from the U.K.’s foreign ministry.

The announcement comes after the U.S. imposed fresh penalties on Iran in response to the Islamic Republic’s treatment of protesters. The European Union, the main interlocutor in indirect talks between Washington and Tehran to revive the2015 nuclear deal, said it will discuss sanctions on Oct. 17.

Read More: Here’s What Has Happened in Iran Since the Death of Mahsa Amini

While the nuclear talks stall, protesters in Iran have continued to gather in different cities despite a violent crackdown by the security forces. There are also signs that labor groups are now joining the demonstrations by staging strikes.

Unverified videos posted on Twitter purportedly show scores of laborers and uniformed workers marching through a plant in Assaluyeh in the oil-rich province of Bushehr on the Persian Gulf. They can be heard whistling and chanting “don’t be afraid! We’re all together” and “death to the dictator”.

Assaluyeh is an industrial hub which is also home to facilities that process gas from the giant South Pars field. None of the videos can be verified by Bloomberg News and it’s unclear if they will affect petrochemical production. The strikes haven’t been confirmed by the oil ministry but they suggest the protests may be broadening to include a critical sector of Iran’s economy.

Elsewhere, there are signs that security forces have escalated efforts to crush dissent in the country’s western Kurdish region. Several unverified videos shared overnight on social media purportedly show gunfire and explosions in the city of Sanandaj, the capital of Kurdistan province.

On Sunday, the Europe-based Hengaw Organization for Human Rights said at least four people were killed by security forces in Kurdish cities over the weekend, including a young man who was shown in several unverified videos covered in blood and slumped behind the wheel of his car after being shot in the head.

Iran’s western Kurdish region has become one of the major flashpoints in the unrest because Amini was from Saghez, about 190 kilometers (118.06 miles) north of Sanandaj. Iran’s Kurdish community has for decades complained of being marginalized.

Iran’s government hasn’t provided a death toll for the unrest since Sept. 24, when it said 41 people had died. On Saturday, the Oslo-based Iran Human Rights said at least 185 people have so far been killed by security forces, including 19 children.

—With assistance from Arsalan Shahla.