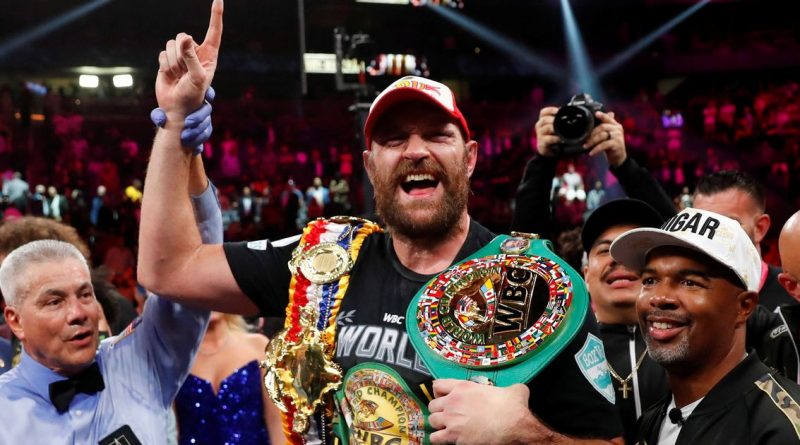 
Fury holds one of the major belts at heavyweight, while Oleksandr Usyk is in possession of the other three, and theoretically they could each be one fight away from a unification match

Where does Tyson Fury’s win leave the world heavyweight scene?

Tyson Fury’s promoter Bob Arum has mapped out a plan where he could fight for the undisputed world title within just two bouts.

Fury holds one of the major belts at heavyweight, and is The Ring Magazine champion, as well as being recognised as the lineal number one in the division.

And he would only need to beat one more opponent to fully unify the division for the first time since the turn of the millenium, and the first time ever with four belts on the line.

Arum – Fury’s promoter and the CEO of Top Rank Boxing – believes that once Usyk has fought Joshua, and Fury has faced his mandatory challenger who will be decided by this month’s bout between Dillian Whyte and Otto Wallin, the undisputed fight should be made next.

“I think Fury will fight again in March or April. Then we can look to a September or October match for a unification.”

Arum believes that Usyk will defeat Joshua once again when they fight next year, saying that Joshua is “chinny” and doesn’t have the requisite skillset to put the pressure on his rival.

“[Usyk is] too talented, and he’s a little chinny, Joshua is,” Arum continued.

“The only way you’re going to beat Usyk is to pin him and corner him with your high weight and pressure him.

‘But then he can unload against you. Now, a Tyson Fury can absorb that, as we all know, but Anthony Joshua has a suspect chin.”

But perhaps one of the more surprising takes from Arum was his belief that Dillian Whyte is not an opponent worth discussing, due to the fact he believes Wallin will beat him in a few weeks.

Who wins an undisputed heavyweight title fight, Tyson Fury or Oleksandr Usyk? Let us know in the comments section!

Wallin and Whyte square off at the O2 Arena in London on October 30, and Arum thinks that the Swede will be too much for Whyte, who has been mandatory challenger for a number of years.

“I mean Tyson fought Wallin, he’s a tough, tough Swedish dude, so let’s see how Whyte does with Wallin before we make plans for Fury to fight Whyte.”

Wallin gave Fury one of the toughest tests of his career during their 2019 meeting, almost stopping the fight after cutting Fury with a punch early in the bout.

Had the referee or doctor decided the bout would be stopped, Fury would have been handed his sole professional loss, but he powered through to take a tough decision from the Swede.

But Wallin has gone on to win his next two outings, including against former heavyweight title contender Dominic Breazeale to earn his shot at becoming mandatory for the WBC heavyweight title, and potentially earning a rematch with Fury.