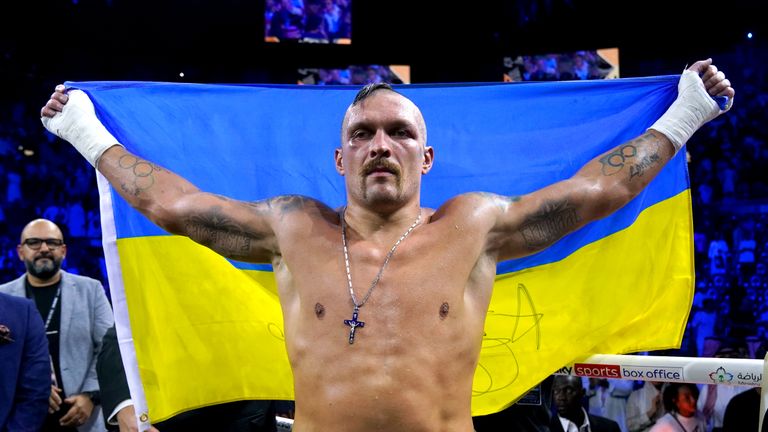 
Tyson Fury’s plans to fight Oleksandr Usyk have been thrown into disarray after Filip Hrgovic’s team announced that he will challenge the Ukrainian next.

Fury had hoped to finalise an undisputed world heavyweight title fight early in 2023, but the IBF have ordered Usyk to make a mandatory title defence against Hrgovic, according to the Croatian’s promoter Kalle Sauerland.

Hrgovic climbed off the canvas to defeat Zhilei Zhang on points in a final IBF title eliminator on the undercard of Usyk’s rematch win over Anthony Joshua in August.

Sauerland tweeted: “CONFIRMED: El Animal @Filip_Hrgovic is next for @usykaa for the Heavyweight Championship – by official order of the @IBFUSBAboxing. Let’s get the show on the road.”

Usyk confirmed this month that he was holding talks about defending his WBA, IBF and WBO titles against WBC champion Fury.

The British star is currently preparing for a WBC title defence against Derek Chisora on December 3.

“Right now my team is seeking conversations with Tyson Fury, and he is really an unpredictable person, so we can’t guarantee when,” Usyk had said.

“For me, the idea would be to fight maybe early February or the beginning of March, like March 4, because I am an orthodox Christian.

“During the great fasting before Easter I do not fight, so it should be all before or then after orthodox Easter (April 16).

Fury’s US promoter, Bob Arum, had also told Sky Sports that he intended to reach an agreement for an Usyk fight.