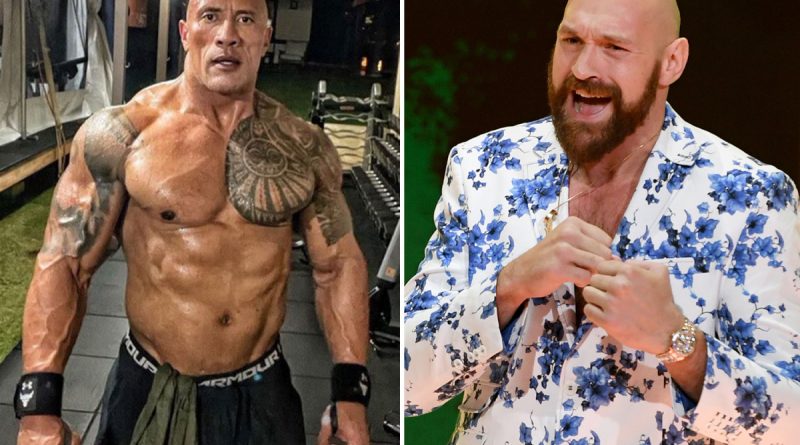 Alongside it Fury wrote: “What a shape on a man especially for his age. Respect. Ripped.”

He then tagged the then-48-year-old.

Johnson was seen facing the camera in the gym, with his muscles and veins bulging after a workout.

The post came as Johnson continued his gruelling workouts ahead of filming for Black Adam which is out next year.

‘The Rock’ is also set to produce and star in a movie biopic about pro-wrestler turned MMA and UFC fighter Mark Kerr.

He revealed the news in a surprise press conference at UFC 244 at Madison Square Garden in New York.

He said: “Mark Kerr’s story is such an incredible story.

“Here’s a guy who has gone through it all, hit rock bottom, but the best part about Mark Kerr is that, like all of us in this room and all these fighters, these warriors, is that everyday, we get up and we want to do a little bit better tomorrow than we did today.”

Kerr was considered to be the best fighter in the world during his MMA career from 1997 – 2009, as well as being a two-time UFC heavyweight champion.

Fury, meanwhile, is heavily into his fitness after an incredible 10-stone weight loss that got him back to the pinnacle of boxing.

CLICK HERE FOR LIVE UPDATES ON FURY VS WILDER 3

The 33-year-old held daily workouts through the first lockdown of 2020, and regularly shares footage of his gym work and running on social media.

He also released a book called The Furious Method to give tips on how to transform the body with exercise and diet.