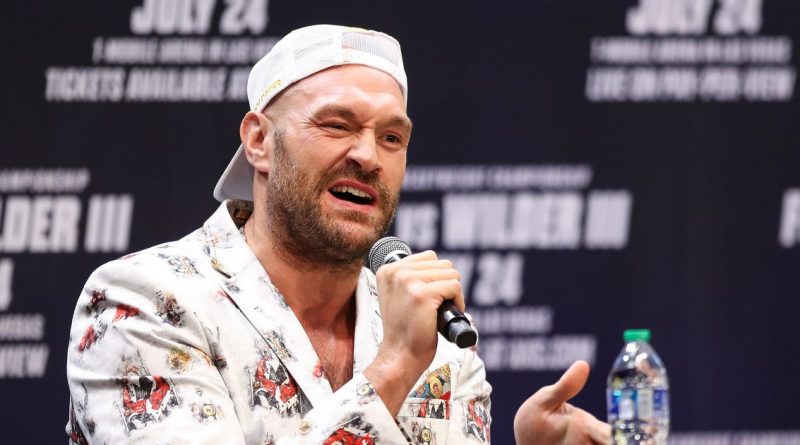 Tyson Fury has absolved himself of any blame over the Covid outbreak which postponed his trilogy bout with Deontay Wilder.

Fury was originally set to defend his WBC heavyweight title against Wilder tomorrow night but the fight was rescheduled for October 9 after Fury tested positive for the virus.

But the Brit insists the finger should not be pointed at him or the small circle within his team and he suspects he caught the virus from one of his sparring partners.

“I’m the last person to blame. I don’t have a large entourage, unlike most world champions with all their ass-licking hangers on,” Fury told the Daily Mail.

“Since coming back into full time camp I hadn’t been anywhere other than my new house here and the Top Rank gym. Nor had my team.

“The only people whose movements I couldn’t completely control were my sparring partners, who change. They came in and out of the bubble and everyone knows this town is full of Covid. I suspect we caught it from one of them.”

Fury was later criticised by fight fans after photos on social media showed him posing with supporters in Las Vegas just days after the outbreak in his camp.

Despite only having ten people in his entourage for the initial training camp, Fury plans to cut that number down to four when he travels back to UK soil next month.

“There were only ten of us on the team this time. But when we go back into camp for a month in England and another month here I will cut us to just four full time,” he continued.

‘We will strictly control the access for sparring partners and increase testing. No masseur. No fitness coach. No dietician. Even my two brothers will have to wait to join me until fight week here in Vegas.

‘I’ve suffered enough frustration on this roller-coaster. I don’t need more, any more than I would have risked anyone else’s health by coming early out of quarantine.”

Fury fought to a controversial split draw in his first fight with Wilder back in December 2018. ‘The Gypsy King’ would then hand the American the first loss of his professional career in their rematch, dominating Wilder to win by seventh round TKO.

And of the trilogy, Fury thinks he will finish Wilder even quicker this time around. “Mentally he’s a broken man. I destroyed him last time in seven rounds and I will ruin him quicker next time. Inside five. He knows that if we fought ten times I would win ten times,” he said.