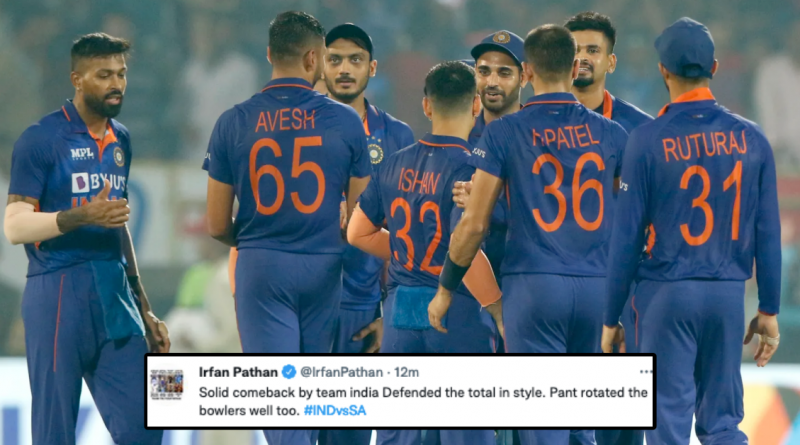 
India managed to find their mojo in the must-win game against South Africa on Tuesday as they eased to a win to stay alive in the 5-match T20I series.

After losing the toss for the third time in a row, Rishabh Pant and co. set out to bat first again. The openers, Ishan Kishan and Ruturaj Gaikwad scored fifties and put up 97 runs for the opening wicket inside the first ten overs.

Both of them looked in their elements and laid out the perfect platform for the explosive lineup to build on. Unfortunately, the middle-order couldn’t make the most of it, and wickets fell at regular intervals.

If not for another good cameo from Hardik Pandya, India could have ended with a total of less than 160 but they managed to get to 179. Dwaine Pretorius was the pick of the bowlers with figures of 2/29 in four overs.

In response, South Africa got off to a slow start as the Indian new-ball bowlers kept it tight. Temba Bavuma was sent back by Axar Patel before Reeza Hendricks and Rassie van der Dussen fell in the space of six balls.

The biggest wicket of David Miller was taken by Harshal Patel, who bamboozled the southpaw with his trademark slower ball. The match was then killed by Yuzvendra Chahal, India’s best bowler on the night, when he had Heinrich Klaasen caught by Axar.

While Harshal took four on the night, Chahal finished with three wickets. Bhuvneshwar Kumar and Axar took a wicket each as well. The win keeps the hosts alive in the series and the caravan now moves to Rajkot for the fourth T20I set to be played on Friday.

Here’s how Twitter reacted to India vs South Africa:

India have made a strong comeback and are still alive in the series. A dominant victory. #SAvsIND

Finally, India have a win over South Africa in 2022. Chahal and Harshal got them back in the game after Ruturaj and Kishan sizzled in the first ten overs. More importantly, the series is still alive! #INDvSA

A statement win when we needed it the most 💙

The Proteas are all out for 131, and the series is well and truly alive 👊#INDvSA #TeamIndia

Before today, South Africa had won eight of the last eight T20I matches in which they chased, so they know how to go after scores. But they’ve also often looked a batter light and sometimes it costs them. Big win for India, and the series is alive. #INDvSA