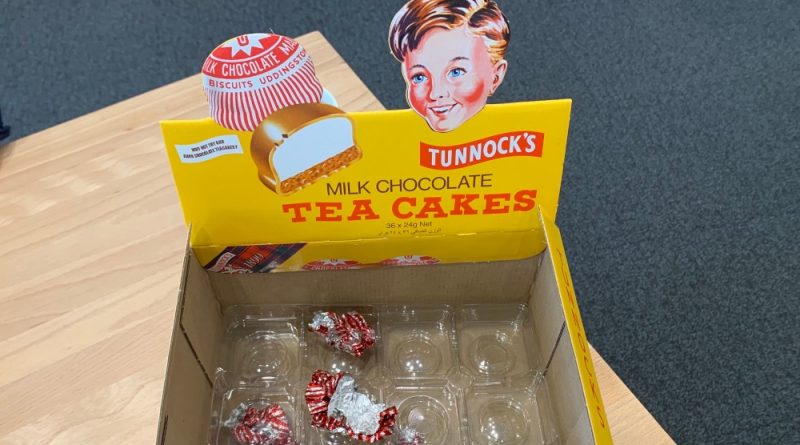 LGBT+ people have threatened to boycott Scottish chocolatier Tunnock’s after it “donated” sweet treats to the LGB Alliance.

The century-old confectionery company faced criticism Friday morning (22 October) after the registered charity thanked Tunnock’s for its “generous donation” to its annual conference held the day before.

“Many thanks to Tunnock’s who kindly donated generous quantities of their fabulous caramel wafers and the legendary Tunnock’s Tea Cake,” the lobby group tweeted.

“Both were gulped down by a hungry LGB crowd and lovely straight and trans allies.”

Damn, this is a boycott that’ll hurt 🙁 https://t.co/vcFFkpyCFV

“Tunnocks” quickly began trending on Twitter, with some users calling for a boycott of the snack-makers, while others questioned whether the batch of biscuits was simply a standard gift sent to charity events.

good to know what companies not to support https://t.co/NVTjls3VLI

Gross… I loved these teacakes as well. Will never ever support or buy products from a company that is actively working to deny trans people their identity and who they are, and their livelihoods.💀 You can shove yer tunnocks teacakes up yer arse#LGBWithTheT #LGBTQ https://t.co/EpsuRpIT4p

I wonder if @TunnockOfficial actually support this hate group or if they just send freebies to anyone who asks? Will be interesting to find out (and boycott accordingly) https://t.co/9bnhRrTiFH

In a statement, a Tunnock’s representative reportedly told one disgruntled Twitter user that the company “receives hundreds of donation requests per week”.

“Our policy is we try and give a little to a lot and the last thing we expect is to offend anyone,” they said, adding that they will be “looking into the matter”.

The so-called “advocacy group” hosted its first conference Thursday at the Queen Elizabeth Centre in London, with Graham Linehan, Maya Forstater and Rosie Duffield among the list of scheduled speakers.

Granted charity status earlier this year to the anger of LGBT+ activists, the LGB Alliance has compared LGBT+ inclusion to bestiality, has refused to denounce its neo-Nazi and homophobic support base and has defended working with the anti-LGBT+ and anti-abortion Heritage Foundation.

A trans advocacy group that organised a protest against the conference told PinkNews that legitimising the LGB Alliance “is dangerous as they deliberately misrepresent the trans community while being aligned with far-right groups”.

The LGB Alliance claims to “promote the rights of lesbians, bisexuals and gay men”.

But as Transgender Action Block stress: “They may be most dangerous to trans and non-binary individuals, but their actions place the community as a whole within striking distance.

“Many of them believe themselves to be feminists, but we believe feminists should not be this willing to throw other women – cis women, too – under the bus.

“This is a bastardised version of feminism, which preys on people by providing an easy scapegoat – trans people.

“We do not believe that this path will end in anything less than fascism.”