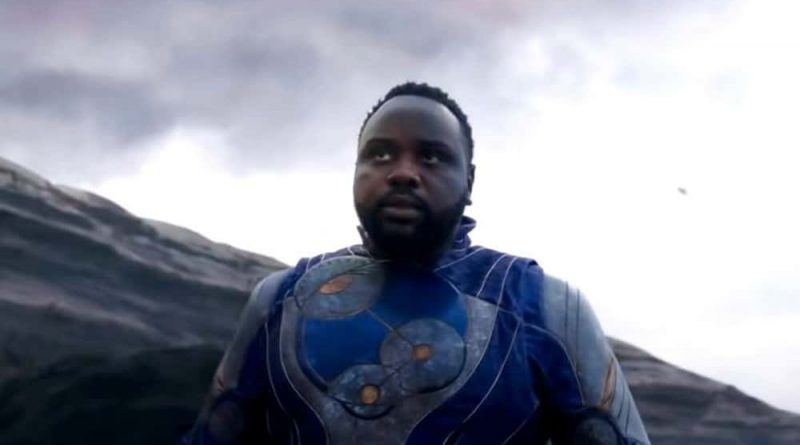 
Marvel’s Eternals – the studio’s first film to feature a gay superhero – is being “review bombed”.

The upcoming blockbuster will be released next week and anticipation is high among LGBT+ Marvel fans, particularly because of the inclusion of Phastos, played by Brian Tyree Henry.

In the film, Phastos is one of a race of ancient, immortal aliens who has settled down, married another man and had a child. He and the other Eternals are forced to come out of hiding when an enemy reemerges.

Many fans have welcomed the addition of an out, gay superhero and are eagerly awaiting a promised queer kiss scene in the film. But of course, some bigots are not so happy.

Some people have been “review-bombing” the film on IMDb, in order to “protest” its LGBT+ representation.

Eternals garnered at least 450 one-star reviews on IMDB, The Direct reported, despite the fact it hasn’t yet been released.

One person wrote: “If woke and mediocre would be given a medal, this would win. C’mon Marvel, this was cheap even for you.”

Another said the movie is “sucky” and that Marvel was simply trying to “tick all the Hollywood woke boxes,” by including an LGBT+ character.

The reviewer added: “Totally unrecognisable from the comics. Don’t waste your money, it’s not worth it.”

The website decided to remove the negative reviews entirely, particularly because many of the reviewers had not actually seen the movie.

Critics have so far been giving mixed reviews for the film, with The Times’ Kevin Maher saying: “Eternals is two steps forwards for representation but three steps backwards for dramatic ingenuity.”

But Screenrant’s Molly Freeman argues that Eternals is “still worth seeing for all fans of the MCU from casual to diehard,” saying: “It’s a Marvel movie unlike anything the MCU has seen thus far.”

One person on Twitter was disappointed by this reaction and said, “Hopefully this doesn’t stop Marvel from including more LGBTQ+ characters in the future.”

Another said that it was “childish” of the reviewers to judge the film simply based on its LGBTQ+ “representation and not quality or even story.”

I dont find this shocking at all. They only judge based on representation and not quality or even story. So childish some people are— Aiden (@fantastic580) October 27, 2021

Eternals features a star-studded cast, including Angelina Jolie, Kit Harrington, Gemma Chan, and Harry Styles. It will be released in cinemas November 5.