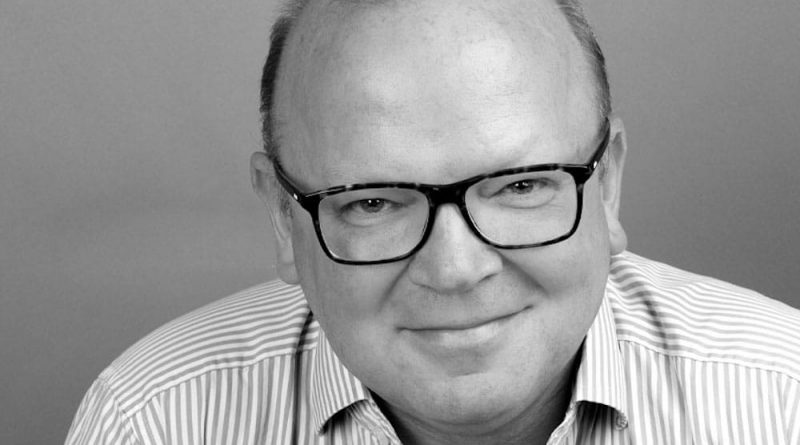 Tributes having been flooding in for human rights lawyer, “wonderful human being” and “defender of LGBT+ people around the world”, Jonathan Cooper OBE.

Cooper, an international human rights lawyer at Doughty Street Chambers, passed away suddenly on Saturday (18 September), while walking in Scotland with his husband, Kevin.

Throughout his long and varied career, Cooper fought tirelessly to defend the global LGBT+ community against criminalisation and discrimination.

According to Doughty Street Chambers: “His ground-breaking work in challenging discrimination against same-sex couples was immense.

“Together with Tim Otty QC, Jonnie was the moving force behind the Human Dignity Trust which successfully challenged laws criminalising gay sex throughout the Commonwealth. Jonnie was also the Trust’s first inspirational director.

“He championed the cause of gay couples who wanted to establish their equal right to marry and found a family in the Caribbean and elsewhere. He was the moving force behind the case challenging homophobia in Jamaica of the Inter-American Court of Human Rights.”

Cooper was called to the Bar in 1992 and joined Doughty Street Chambers as an openly gay man, which was unusual at the time. In 2007, he was awarded an OBE for services to human rights.

“He did important and distinguished legal and lobbying work for LGBT+ rights in the UK and internationally for many decades. He helped countless activists and advised political parties, governments and campaign groups, as well as devising human rights training programmes. Only last week, he offered to explore a potential legal challenge to the draconian new anti-LGBT+ bill in Ghana.

“Jonathan showed kindness and support to everyone in need of legal help. He was a wonderful human being. I will miss him. I send my sincere condolences to his partner and loved ones.”

Maybe it is stupid to think you are immortal, but I did.@JonathanCoopr, you have been my rock and support for years

When I think of death I don’t think of you, but I guess I was wrong

But no I am not, cos in many heart you will live forever.

Jayne Ozanne, director of the Ozanne Foundation, told PinkNews: “Jonathan was a giant in the field of human rights, to whom millions owe a deep debt of gratitude. He was one of the most kind, caring, wise and humble friends I have ever had the privilege to know, who worked tirelessly behind the scenes to make the world a significantly better place, particularly for LGBT+ people.

“He was generous to a fault and gave constantly his time and expertise to so many critical causes – including how to ban conversion practices, on which I worked with him closely.

“The world has lost a true LGBT+ legend, and we are all very much the poorer for it.”

I am very saddened to learn this. @JonathanCoopr was due to speak at an event on #conversiontherapy @qubschooloflaw on Tuesday evening. This event is postponed and registrants have been informed.

Jonathan’s family, friends and colleagues are in my thoughts. 🕯 https://t.co/gyo7Yx9zma

I am devastated by the news of the death of my @DoughtyStreet colleague @JonathanCoopr. So much to say about this wise, funny, and intelligent man who devoted his life to human rights and particularly the defence of LGBT+ rights. He lived and breathed the concept of human dignity https://t.co/XxWoDj6HJj

“He was at the *heart* of defending the rights of LGBTQ+ people around the world, with passion and talents beyond question, as well as a deeply kind and generous man.”

Very sad to hear of @JonathanCoopr death. He was at the *heart* of defending the rights of LGBTQ+ people around the world, with passion and talents beyond question, as well as a deeply kind and generous man. Condolences to his family, friends and colleagues @DoughtyStIntl.

We’re so sad to hear of the death of @JonathanCoopr. Jonathan was a tireless human rights defender and supported LGBTQ+ communities across the world through his legal work. Our thoughts are with his husband, loved ones and colleagues at @DoughtyStIntl ❤️

You will always be here. In every demand for equality, in a life lived without discrimination. Because of you, we are. You had determination and the courage of legions. @JonathanCoopr changed the world. Kevin you did it together and will always be together. X pic.twitter.com/AIp2e6HdUN

Politician, actor and LGBT+ rights activist Michael Cashman added: “You will always be here. In every demand for equality, in a life lived without discrimination. Because of you, we are.

“You had determination and the courage of legions. Jonathan Cooper changed the world. Kevin [and] you did it together and will always be together.”