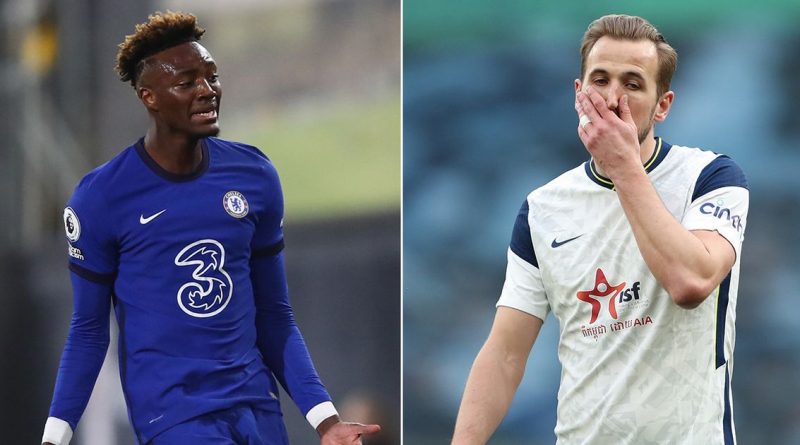 Former Manchester City midfielder Trevor Sinclair has controversially claimed that he would rather the club buy Tammy Abraham than Harry Kane this summer.

City are known to be prioritising bringing in a new attacker in the current transfer window following the departure of the legendary Sergio Aguero.

They have been strongly linked with a big-money move for Kane, who is believed to be desperate to leave Spurs in search of silverware.

Abraham, meanwhile, has been out of favour at Chelsea ever since Thomas Tuchel arrived as their new manager, and appears almost certain to move on before the start of the new season.

Speaking to talkSPORT, the 23-year-old outcast was a surprise name touted by Sinclair to potentially make a switch to the Etihad.

“I still don’t understand why Tammy Abraham is not being given the opportunity,” he said.

“For me he’s a top Premier League striker, he’s proved that he’s a goalscorer, and the bits to his game that he might not have, surely Thomas Tuchel is a good enough coach to get him to do them for the team.

“I would have him at Manchester City. I think he’s a young enough player, and with Pep’s (Guardiola) coaching ability and with the teammates around him… I think he’s a top player, I really do.”

City’s current record signing is Kevin De Bruyne, who they splashed out £68.4m on in 2015.

In order to sign Kane they would have to beat that figure by some distance, and this appears to be part of the reason why Sinclair is against a move for the England captain.

When asked whether he would rather sign Abraham for £40m or Kane for £150m, he replied: “Tammy. It just goes against my principles of what I think about the club.

“I don’t want to see them going out there and spending that ridiculous amount of money to bring one player in, because I think that kills it then. You might as well pack up.”

Abraham has also been linked with the likes of Arsenal and Aston Villa, and could certainly be a useful signing for one of the Premier League big boys.

He scored 15 Premier League goals in 34 appearances in the 2019-20 campaign, and managed six last season before eventually being effectively frozen out by Tuchel.