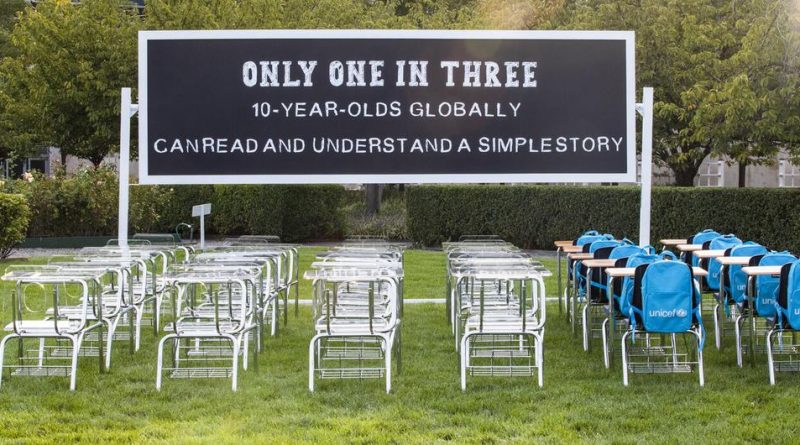 Education is the future

“The trajectory of our education systems is, by definition, the trajectory of our future”, she added. “We need to reverse current trendlines or face the consequences of failing to educate an entire generation. Low levels of learning today mean less opportunity tomorrow.”

The much-anticipated Transforming Education Summit begins at UN Headquarters in New York today, Friday, with a day of youth-led mobilization, which includes contributions from the Secretary-General and his deputy, together with the President of the General Assembly.

Saturday has been billed as “solutions day”, led by UN deputy chief Amina Mohammed, and on Monday, UN chief António Guterres will introduce his vision statement, along with world leaders, in the General Assembly Hall, as the summit comes to a close.

During the COVID-19 pandemic, prolonged school closures and a lack of access to quality learning exposed and exacerbated a pre-existing learning crisis, that has left millions of schoolchildren without foundational numeracy and literacy skills.

To draw attention to the education crisis and the need to transform learning worldwide, UNICEF has created the ‘Learning Crisis Classroom’, a model classroom that represents the scale of children failing to learn critical foundational skills.

The installation will be displayed at the visitor’s entrance of UN Headquarters in New York between 16 and 26 September. The model will serve as a reminder to government officials, heads of state and everyday visitors of the urgent need for mass global investment in education.

A third of the desks in the model classroom are made of wood and are fully functioning with an iconic UNICEF backpack placed on the school chair behind it.

This group is meant to represent the estimated one-third of 10-year-olds globally who are able to read and understand a simple written story.

The remaining two-thirds of desks are almost invisible and made of clear material to signify the 64 per cent of children estimated to be unable to read and understand a simple written story by age 10.

The invisible nature of these desks corresponds to the short term crisis at play, said UNICEF, but also signifies the scope of civic contributions that will be lost, if urgent action is not taken to give all students the tools to thrive.

As leaders meet at the Transforming Education Summit, UNICEF is calling on governments to commit to reaching all children with quality education.

The agency further urges new effort and investment to re-enroll and retain all children in school, to increase access to remedial and catchup learning, to support teachers – and give them the tools they need – and to make sure that schools provide a safe and supportive environment so all children are ready to learn.

This scheme, promoted by UNICEF under the acronym ‘RAPID,’ represents efforts by the international community to take legitimate steps to promote better education and unlock the potential of millions of children.

More updates to come on the opening of the summit, later in the day…