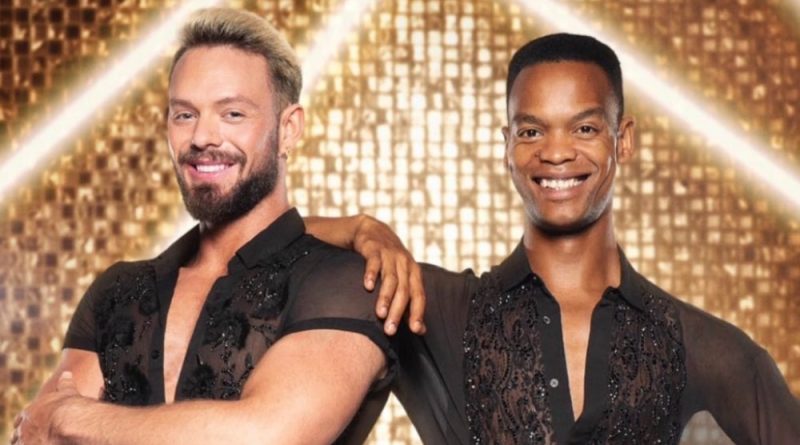 The Strictly Come Dancing Live tour will feature celebs and professionals from the series. (BBC)

Strictly Come Dancing is returning to our screens on 25 September and it’s making history.

The 19th series of the hit BBC show will include its first all-male pairing, with Bake Off star, John Whaite and professional dancer, Johannes Radebe.

The openly gay duo, who are ready to “inspire young people”, will compete against 14 other couples to lift the Strictly Come Dancing glitter ball trophy.

This includes Rose Ayling-Ellis – who will be the first deaf person to compete on the show – Tom Fletcher, Dan Walker, Judi Love and AJ Odudu.

Following last week’s launch show on 18 September, the celebs and professionals will perform their first dances this weekend, giving fans a glimpse of who’s got what it takes.

Every year following the airing of Strictly Come Dancing, a number of the show’s stars head out on a UK and Ireland tour to entertain audiences.

This couldn’t happen in 2021 for the first time due to the global pandemic, but it’s been confirmed that the tour will go ahead in 2022.

The producers say fans will “see the return of the magnificent live arena tour” with a host of celebs and professional dancers “waltz around the country” for 33 shows.

You can find out everything you need to know (so far) about the Strictly Come Dancing Live tour and remember – keep dancing!

When is the Strictly Come Dancing Live tour?

Here’s the full tour dates for Strictly Come Dancing Live, including city and venue info. A number of dates have multiple shows scheduled including matinee and evening performances:

Fans can expect to see some faces from this year’s series which includes Bake Off winner John Whaite, who is part of the first all-male pairing.

But as the 2020 contestants didn’t get to take part in a live tour, which happens every year, fans will be hoping that some of them could make an appearance on the upcoming tour.

This includes the winner Bill Bailey, runners-up Maisie Smith, Jamie Laing and HRVY as well as Nicola Adams who made history as the first same-sex pairing on the show.

The finalised lineup is expected to be revealed over the next few months ahead of the launch of the tour in January 2022.

So we’ll update here once the celebs and professionals are confirmed and you can also keep an eye out on the Strictly social pages.

How to get tickets

Fans of Strictly can now get their hands on tickets for all tour dates.

If you had tickets for the originally scheduled tour, which was postponed due to the pandemic, then they will be rolled over to these new dates.

There’s also an official Strictly tour which puts the spotlight on the talented professions from the series.

Strictly Come Dancing: The Professionals Tour will visit venues across the UK between 28 April and 30 May and tickets are available from Ticketmaster.

It’s not yet known if this will still be the lineup for the 2022 rescheduled shows, but fans can expect to see some familiar faces on the tour.