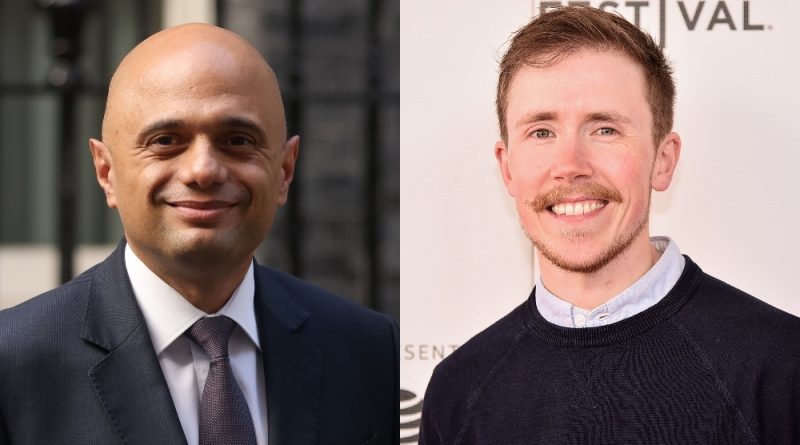 Freddy McConnell laced into the health secretary for his remarks on trans people. (Getty Images)

Freddy McConnell has called on British health secretary Sajid Javid to recognise men with cervixes exist after his “scary and appalling” remarks about trans healthcare.

Javid ignited a firestorm of criticism on Sunday (26 September) as he took a swing at Labour party leader Keir Starmer, who said it is “not right” to say “only women have a cervix” during a recent media interview.

In response, the Tory, 51, tweeted: “Total denial of scientific fact. And he wants to run the NHS.”

McConnell, a 35-year-old trans man who gave birth to his child in 2018, said the secretary who oversees the NHS may simply be “ignorant” about such issues.

“I’m leaving the space for the possibility that the health secretary, Sajid Javid, doesn’t know that trans men exist, or non-binary people exist and it’s purely a question of ignorance,” McConnell said.

“One would hope the health secretary does know that trans people exist, but that’s maybe a possibility.”

McConnell, a trans father who lost a raft of legal battles to be listed as his child’s “father” or “parent” on the birth certificate, had previously countered Javid’s assertion on Twitter. “I have a cervix,” he said, “I am a man.”

Mr Javid, tell me otherwise to my face. I dare you. https://t.co/Y5XiPFwORC

He told BBC Radio 4 PM host Eddie Mair that statements such as Javid’s do not just deny the existence of trans men and non-binary people, but “many cis comen [who] do not have a cervix, or have them removed for a variety of issues”.

McConnell added: “It’s genuinely scary and appalling that I suppose he feels he can say it on Twitter without any consequences.”

Javid has faced fierce condemnation from LGBT+ people and activists for his comments on Sunday, with many reminding the health secretary that a person’s gender is not defined by whether or not they have a cervix.

To many of his pinched critics – McConnell included – such debates over wording distract or even erase the real problems trans and non-binary people face in healthcare. Many have called Britain’s gender-affirming healthcare a “nightmare”.

“It’s a bit like saying that only women have sex with men,” McConnell reflected. “We know that’s not true and we wouldn’t hold a truck with people that say that because we would recognise it as a lazy cover for transphobia.

“That’s all this question is, a lazy cover for transphobia.

“In other words, does it matter?”