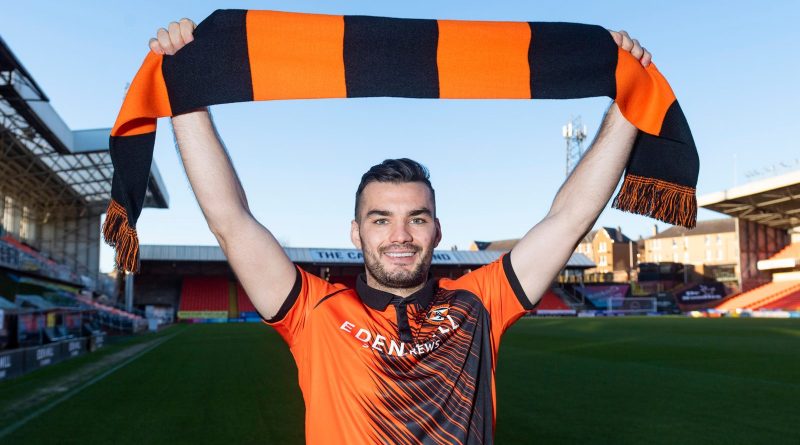 
Dundee United have signed Tony Watt from Motherwell after the striker agreed a deal until 2025 at Tannadice Park.

The 28-year-old had already put pen to paper on a pre-contract with United but has made that move permanent this month after an undisclosed fee was agreed between the two clubs.

Watt is the top goalscorer in the Scottish Premiership this season and has registered 10 goals across all competitions.

In a statement, Dundee United said: “Dundee United are thrilled to announce the signing of striker Tony Watt.

“Tony came through the ranks at Airdrie and, after trials with Liverpool and Rangers, signed for Celtic in the winter window of 2011.

“The youngster began to establish himself in the Celtic side during of the 2012/13 season, where he made 28 appearances in all competitions, including three in the Champions League – famously scoring a late winner against Barcelona.

“Since leaving Glasgow, Tony has enjoyed spells in European leagues with Lierse, Standard Liege and OH Leuven in Belgium and Bulgarian giants CSKA Sofia, as well as competing regularly in the English Championship. The 28-year-old also earned his first Scotland cap against the Czech Republic in 2016.

“Watt returned to Scotland in 2018 with St Johnstone, before being recruited by Motherwell in January 2020 and comes to Tannadice as the cinch Premiership top scorer for 2021/22, with nine goals to his name. Tony has signed until 2025.”

Motherwell manager Graham Alexander said: “We had a conversation on Saturday after we trained, me and Tony, and over the weekend the club have agreed a fee which we find acceptable.

“Everything we do is for the best of the club and the team. We knew of the potential situation in the summer, the way it was going, and we decided on a course of action which we would be content with.”

Watt joined Motherwell in 2020 and has scored 19 goals in his 70 appearances for the club in all competitions. In the 2020/21 season, he was voted as Motherwell fans’ Player of the Month for four successive months from October to January.

Motherwell are not set to replace Watt, having already signed attacking player Ross Tierney in addition to securing a permanent deal for Jordan Roberts this month.

“We are not looking for a direct replacement for Tony,” said Alexander ahead of Tuesday’s game against Ross County in Dingwall.

“We feel we have the players already here at the club to keep the results going.

“We feel we have some real good options in those forward areas and we feel how we play we will continue to score goals and win games, and each individual adds into that.”