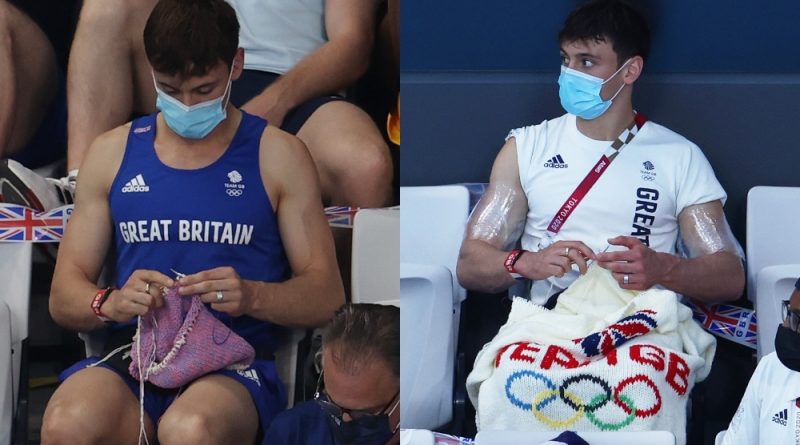 
Tom Daley got out his knitting while watching the women’s diving at the Tokyo Olympic Games and it’s safe to say he’s the most wholesome man on the planet.

The gold medalist got out his needles and wool as he watched the women’s three metre springboard final Sunday morning (1 August) before doing so again Monday at the Aquatics Centre.

“Oh this? Just Olympic champ @TomDaley1994 knitting in the stands while watching the diving,” a tweet from the official Olympics account read.

Urgent update: Knitting action is back underway at the Aquatics Centre. This time it is a @TeamGB jumper! 🇬🇧 pic.twitter.com/tJlueScIp1

Viewers were left in stitches at Daley deciding to causally knit during third round of dives, shortly after China’s Shi Tingmao completed her second, because why not.

not tom daley knitting at the olympics i- pic.twitter.com/E70zamUhvk

tom daley knitting at the 3m finals is a whole MOOD✨✨💅💅 pic.twitter.com/HSRnYsUKEn

Tom Daley reveals what he was knitting during the Olympics

Tom Daley was first spotted knitting a small purple hat with a cream trim – a “dog jumper for Izzy the Frenchie,” he confirmed on his Instagram.

The 27-year-old has developed a passion for knitting and crocheting, admitting that it’s the only that has kept him “sane” in the lead-up to the Olympics.

“Learning to knit and crochet has helped me so much through these Olympics,” he wrote on his “Made With Love By Tom Daley” Instagram account, showing off a cosy he made for the gold medal he won in Tokyo.

In an interview with the Guardian earlier this year, the diver said he’d taken up crochet during lockdown, noting he’d become “very committed to it”.

His dedication to the craft has been so intense that the newspaper called him the “world’s biggest crochet influencer”.

Since September 2020, Daley has been raffling off some of his homemade knitwear to raise money for charity – with a chunky rainbow sweater raising £5,787 for the Brain Tumour Charity, in honour of his later father, Robert Daley, who passed away of cancer in 2011 aged 40.