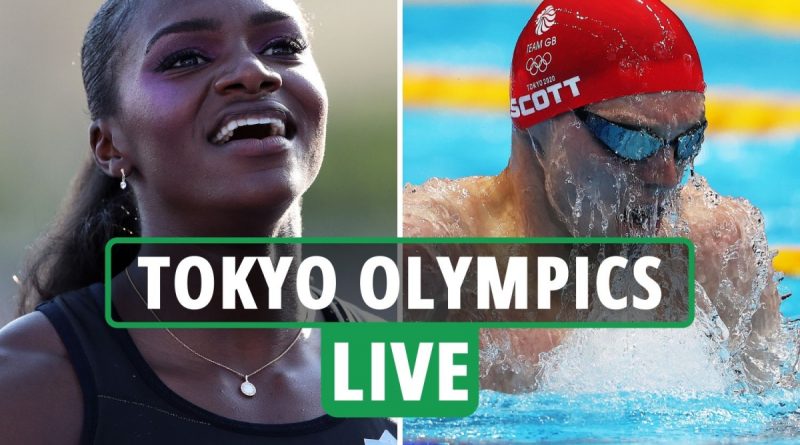 The 18-year-old swimmer was being interviewed by Balding alongside 4x200m freestyle team-mate Tom Dean after their gold medal success on Wednesday.

And Balding left Dean, in particular, struggling to hold it together when she told Richards “your third leg was just phenomenal”.

Richards let out a chuckle before professionally responding to the question.

He replied: “Yeah I mean I haven’t actually had a chance to watch it back yet. I’ve tried to find it.

“To be honest I’m having some trouble finding the video of the race.”

Balding’s unintentional gaffe resulted in her trending on Twitter with one user branding it the “highlight of the Olympics“.