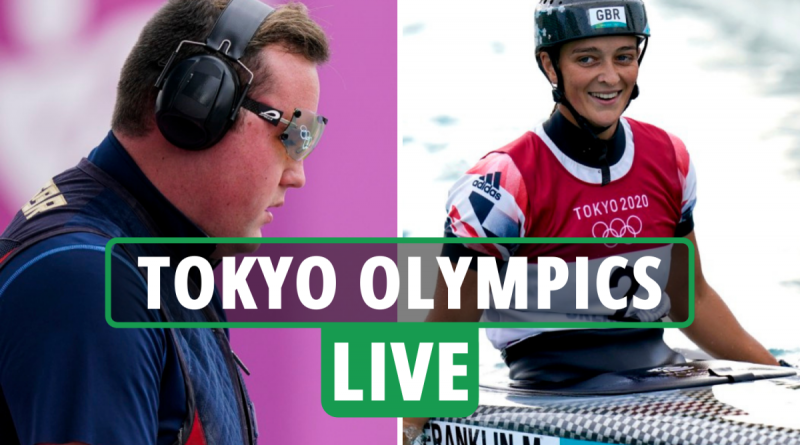 GREAT BRITAIN have finally picked up some medals on day 6 after an agonising start to the day in Tokyo.

Mallory Franklin secured a silver medal in the canoe slalom, losing out to Aussie rival Jessica Fox, while Matthew Coward-Holley picked up a bronze in the trap final.

On a tough session for the rowers, Imogen Grant and Emily Craig missed out on a medal by ONE HUNDREDTH of a second after a photo-finish in the women’s lightweight double sculls.

And Helen Glover could not achieve a remarkable comeback medal in the women’s pairs alongside Polly Swann.

Glover, 35, had retired after winning this event for the second time at the 2016 Olympics and had three children with husband TV presenter Steve Backshall.

She had trained for Tokyo on two hours sleep a night while raising her three kids.

While it’s not all been bad news, the golf has got underway – with Paul Casey and Tommy Fleetwood in action for Britain.

And GB’s super-heavyweight boxing hope Frazer Clarke has got off to a winning start in Tokyo.