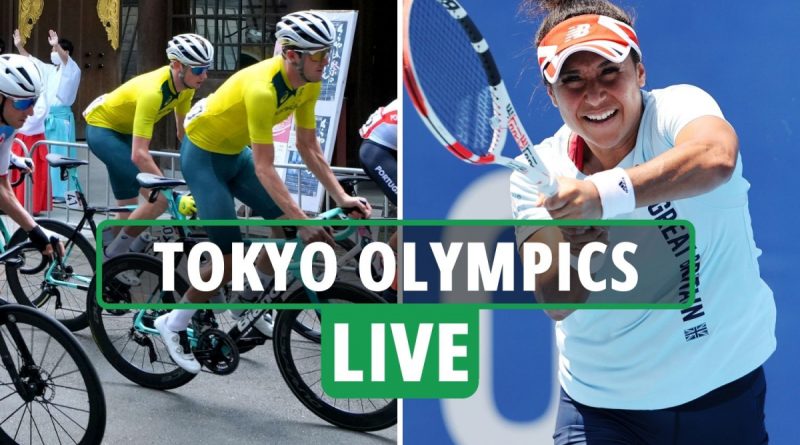 The Tokyo 2020 Games kicked off in style with a stunning opening ceremony on Friday.

Athletes looked to be in top spirits despite coronavirus restrictions in Japan.

And the action will get underway with badminton, beach volleyball and table tennis.

Meanwhile, Chelsea star Fran Kirby has been ruled out of Team GB’s group clash against Japan – but SHOULD return for the final clash with Canada.

Women’s footballer of the year Kirby missed the opening win over Chile with a knock sustained in pre-tournament training at Loughborough.

Coach Hege Riise, set to make changes on the left side with Demi Stokes replacing Rachel Daly at the back and Nikita Parris coming in for Lauren Hemp, said: “Fran is back in training, slowly but we have to be sure we don’t push her.

“We don’t want to risk her when there are so many games left to play.”

Finally, Tom Daley would love to leave Tokyo with Olympic gold – but his son means more.

Daley told SunSport: “I think any athlete would be lying if they said they didn’t want to win an Olympic gold medal.

“But at the end of the day, I am a father, I am a husband and I think a massive shift in perspective has happened for me over these last couple of years.

“With Robbie being born, then the pandemic, you realise what matters most. I think that is something that is really important knowing, going into the Olympic Games.

“Previously I used to define myself by how well I did in the diving pool.

“But there are other things to life and in my life that I find equally important.”