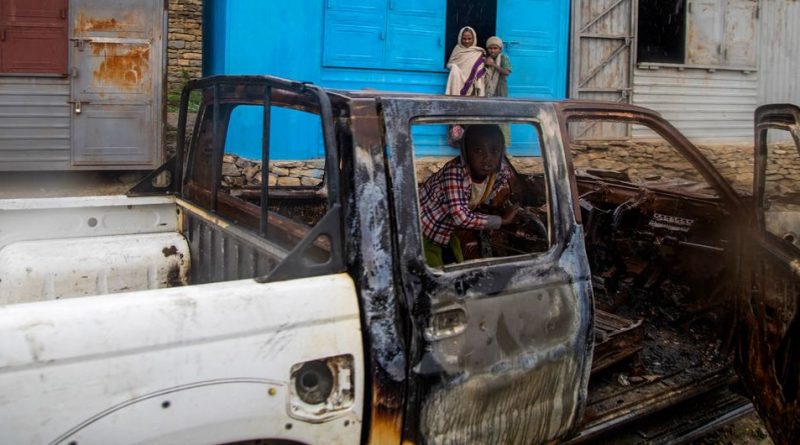 
Highlighting that there is no other situation globally in which six million had been kept under siege for almost two years, Tedros Adhanom Ghebreyesus, warned that there is a very narrow window to prevent genocide in Tigray.

“Yes, I’m from Tigray, and yes, this affects me personally. I don’t pretend it doesn’t. Most of my relatives are in the most affected areas, more than 90 per cent of them”, he acknowledged during his regular press conference in Geneva.

“But my job is to draw the world’s attention to crises that threaten the health of people wherever they are. This is a health crisis for six million people, and the world is not paying enough attention”, he underscored.

The WHO chief echoed the words used by the UN Secretary-General earlier this week, in which he said that the situation in Ethiopia is “spiralling out of control”.

“Hostilities in Tigray must end now – including the immediate withdrawal and disengagement of Eritrean armed forces from Ethiopia”, he said.

Tedros highlighted that banking, fuel, food, electricity and health care are being used as weapons of war, while media coverage is also not allowed and “destruction of civilians” is taking place in darkness.

“There are no services for tuberculosis, HIV, diabetes, hypertension and more – those diseases, which are treatable elsewhere, are now a death sentence in Tigray”, he warned, adding that even people who have money are starving, because they can’t access it.

“While the global situation has obviously improved since the pandemic began, the virus continues to change, and there remain many risks and uncertainties”, he explained, warning that the pandemic had surprised us before and “very well could again”.

The WHO chief said it was crucial to strengthen surveillance and expand access to tests, treatments and vaccines for most at-risk, and for all countries to update their national preparedness and response plans.

Regarding the current Ebola outbreak in Uganda, the expert informed that there are currently 60 confirmed cases and 20 probable cases. Meanwhile, 44 people have died and 25 have recovered.

“We remain concerned that there may be more chains of transmission and more contacts than we know about in the affected communities”, he underscored.

The Ministry of Health is investigating the most recent eight cases, as initial reports indicate they were not among known contacts.

In addition, two confirmed cases from the Mubende district sought care in the capital Kampala, increasing the risks of transmission in that city.

Tedros informed that WHO and its partners are continuing to support the Government of Uganda to contain the outbreak and prevent it from spreading in more regions and countries.

Is Monkeypox still an emergency?

The WHO chief said the WHO’s Emergency Committee will meet on Thursday to discuss the Monkeypox outbreak and make recommendations.

“The number of reported cases globally has now dropped for eight weeks in a row, but as with COVID-19, risks and uncertainties remain, and some countries are still seeing increasing transmission”, he cautioned.