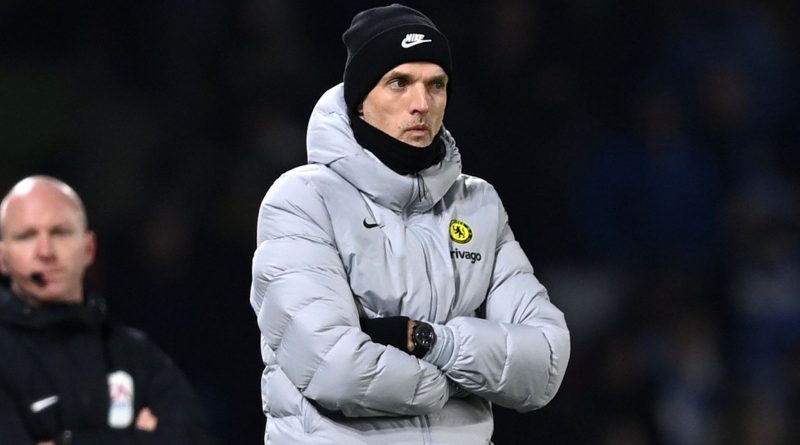 
Thomas Tuchel says his Chelsea players looked “tired” in the 1-1 draw against Brighton and need some days off ahead of the Super Sunday showdown against Tottenham, live on Sky Sports.

It was an often lethargic performance from Chelsea as they took a point from the Amex Stadium, with Hakim Ziyech’s first-half strike being cancelled out by Adam Webster’s free header.

Chelsea are winless in their last four Premier League outings, drawing three, and missed the chance to go above Liverpool into second.

Tuchel gave his reasons for Chelsea’s performance to BT Sport after the game, saying: “We looked tired. We knew they were well prepared, had more time to prepare for this match and you see at the end after the whistle, the stadium celebrated like it was a victory. That is what you face.

“We need our full strength to overcome these obstacles, so no blame for the team. We tried everything, but you could see we were mentally and physically tired.

FREE TO WATCH: Highlights from the 1-1 draw between Brighton and Chelsea in the Premier League

When later asked how much his team needed two days off, he added: “So, so badly. You can say it’s an excuse but it’s like this.

“We need to recharge the batteries and disconnect. That’s my feeling, that’s why I’ve given them two days off and then we will use Friday and Saturday to prepare for Sunday against Tottenham.”

It was not the performance Tuchel will have wanted ahead of their match against bitter rivals Tottenham – live on Sky Sports – who they recently beat over two legs in the Carabao Cup semi-finals.

Spurs have a whopping five games in hand over Chelsea after a string of recent Covid postponements, adding an extra dimension of pressure for the Blues as they look to halt their recent slide.

Tuchel admitted that it had been a tough trip to Brighton, but given the circumstances, he could not be upset with his players.

He said: “We have to respect the opponent – it’s very tough to play at Brighton. They played it like a cup game and the noise at the end of the whistle was like if we lost the game and it can very easily give you the impression that we lost, but we didn’t.

4 – Chelsea (D3 L1) are now four Premier League matches without a win, the first time a Thomas Tuchel side has embarked on such a run since October 2016 during his time in charge of Borussia Dortmund. Discomfort. #BHACHE

“Other teams will struggle to get points here, and it’s even tough if you’re full strength and not tired. There are some obstacles to overcome here and I refuse to be angry because it’s not about the ambition.

“We were a bit lucky to be 1-0 ahead and you can take advantage to score a second one, but we struggled to show the quality. We know the reasons behind it and we demand a lot from us. But it’s not the moment to be too harsh on the team.”