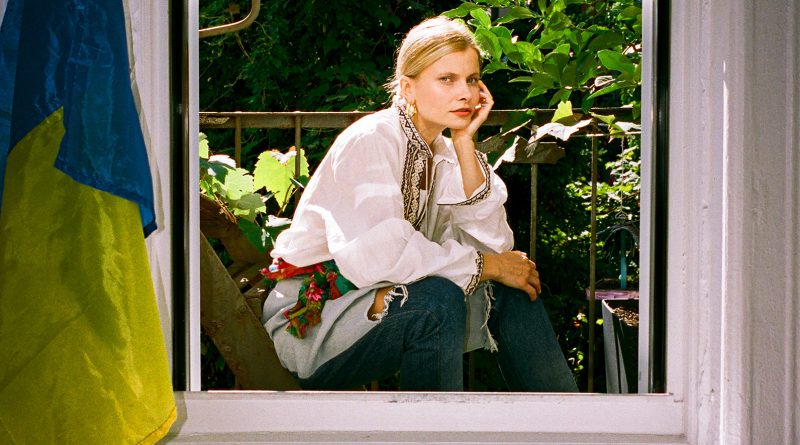 
When Daria Kolomiec woke up on Feb. 24 to news that Russian troops had invaded her native Ukraine and were marching toward Kyiv, she froze. Her phone buzzed incessantly as friends near and far tried to get in touch. She didn’t know what to do or what would happen next. The only thing she knew for certain was that she wasn’t leaving Ukraine.

“This is my land; this is my country. Why should I just pack up my life in one bag and escape?” Kolomiec asks.

Before the Russian invasion, Kolomiec, 34, spent a decade working in television before moving into music as a DJ and developer of music-­curation app MusiCures. But it wasn’t until the war, when she found herself huddled in the basement of a café in Kyiv that doubled as a makeshift bomb shelter, that she found her new calling. Inspired by an impromptu sing-along of traditional Ukrainian songs with dozens of her neighbors, Kolomiec decided to dedicate MusiCures to Ukrainian music. She also began recording voice notes that would become her Diary of War podcast, which documents how Ukrainian lives have been changed by the war. Since March, she has published dozens of first-person accounts from across Ukraine, with captions in multiple languages.

“I want these stories to be listened to worldwide,” says Kolomiec. “When you have such huge pain, it’s very important if someone listens to your story.”

Promoting Ukrainian culture is Kolomiec’s own personal front line in this war. In June, she traveled to New York City with a bag full of rare vinyl records to introduce Americans to Ukrainian artists such as Volodymyr Ivasyuk, who many Ukrainians believe was assassinated in 1979 by Soviet authorities. Then as now, Russia has been trying to quash Ukrainian identity, Kolomiec says. “It was repressed for centuries,” she says. “Now I can share it with people, and they can love it too.”